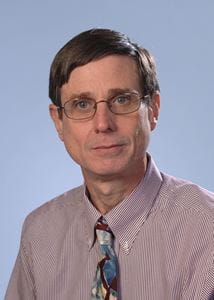 Weaver, a professor in the Science of Nursing Care Department, has served the school in his current post since 2008. From July 2013 to June 2014 he also was interim associate dean for research.

“The School of Nursing is celebrating 100 years of contributing to Indiana’s health.  The school is a vital   contributor to IUPUI’s academic mission so it is important to have an effective leader during this transition,” said Chancellor Bantz.

Nasser Paydar, executive vice chancellor and chief academic officer at IUPUI observed “I appreciate the energy and thoughtfulness Dr. Weaver will bring to the deanship, as well as his extensive research, administrative, and governance experience.”

Since last August, Weaver has been co-director of training in Behavioral Nursing Research Institutional Training Grant that is preparing nurse scientists to conduct rigorous research that contributes to knowledge about health behaviors that promote maximal well-being, facilitates early detection of disorders to minimize their effects and enhance quality of life in the context of chronic illness.

Weaver received his bachelor’s in nursing in 1975 from Bowling Green State University in Ohio, his master’s in nursing from Medical College of Ohio in 1985 and his doctorate from the University of Toledo in 1990.