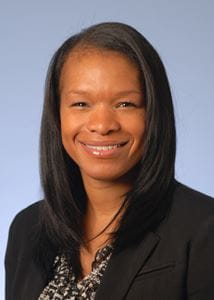 INDIANAPOLIS — Regenstrief Institute investigator NiCole R. Keith, Ph.D., an Indiana University Center for Aging Research scientist, has been elected to a three-year term as vice president of the American College of Sports Medicine.

Dr. Keith is a physical activity researcher who focuses on health disparities such as race, age and socio-economic status and on preventive health interventions. In addition to her Regenstrief Institute and IU Center for Aging Research appointments, she is an associate professor of kinesiology in the School of Physical Education and Tourism Management at Indiana University-Purdue University Indianapolis.

Dr. Keith has been a member of the American College of Sports Medicine for more than two decades and became a fellow in 2007. She has served on its board of trustees as well as on various committees, including several focusing on health equity and on mentoring. She directs the organization’s Leadership and Diversity Training Program.

The largest sports medicine and exercise science association in the world, the American College of Sport Medicine has more than 50,000 members representing a variety of medical specialties, allied health and scientific disciplines. The organization is dedicated to advancing, integrating and translating scientific research in exercise science and sports medicine to provide educational and practical applications to improve human health, performance and well-being.

Dr. Keith is a founder of Physically Active Residential Communities and Schools, a collaborative effort between the School of Physical Education and Tourism Management at IUPUI, Eskenazi Health, the Chase Near Eastside Legacy Center and the Indianapolis Public Schools.

The Neag School of Education at the University of Connecticut has named her the Outstanding Kinesiology Professional of 2014.