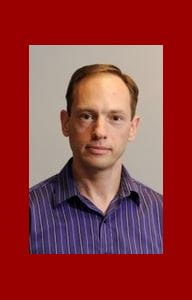 INDIANAPOLIS — Established in 2010, the Research Frontiers Trailblazer Award recognizes outstanding IUPUI researchers who are showing great promise in becoming nationally and internationally known for their accomplishments in advancing the frontiers of knowledge. Specifically, the award is for outstanding accomplishments in research and creative activity by an associate professor within the first three years of promotion or appointment in the given rank.

On April 11, the two winners of the 2013-14 Research Frontiers Trailblazer Awards received honors at IUPUI Research Day for their research on mathematical modeling, transcriptional regulation and structural biology. Associate professor of mathematical sciences Alexey Kuznetsov and associate professor of biochemistry and molecular biology Yuichiro Takagi each received a $1,000 cash prize to support their research.

Kuznetsov is a world leader in the mathematical modeling of certain neuron types and in the use of nonlinear dynamics to understand biological patterns. His research is part of a USA-France collaborative project that seeks to develop mathematical models of reward-based learning and behavior to elucidate the mechanisms controlling drug abuse and, more specifically, the influence of alcohol on the central dopamine system.

Kuznetsov and his colleagues have been very successful in developing models that have progressively greater agreement with experimental findings, allowing them to explain the mechanisms underlying dopamine response and to make predictions on reward signaling that may help treat drug abuse.

In addition to his research on dopaminergic neurons, Kuznetsov also seeks to utilize mathematical techniques to identify new mechanisms that explain the behavior of fundamental gene regulatory systems. These efforts could eventually be used by experimentalists to tune the properties of biological systems.

Takagi is recognized internationally in the areas of transcriptional regulation and structural biology as he strives to understand one of the most fundamental life processes, namely how a cell’s genetic information is copied from sections of DNA, through a process called transcription, and used to eventually produce the proteins necessary for cellular function.

To understand how transcription is regulated, Takagi devised a highly ambitious plan to solve the structure of the Mediator protein complex, which activates transcription in eukaryotes. Takagi’s early work on the Mediator complex contributed to the body of work that earned professor Roger Kornberg the Nobel Prize in Chemistry in 2006. Further, Takagi’s seminal work determining the structure of the head portion of the Mediator was published in Nature and has had a tremendous impact on his field.

Takagi’s research has also opened up the opportunity for technological breakthroughs in protein expression that, when commercialized, will efficiently provide high-quality proteins for biological research. While this effort would be enough for any ordinary researcher, Takagi has also successfully conducted research in two additional areas: the mechanism underlying Mediator behavior; and the physiologic role of transcription factor, TFIIH.