IUPUI professor reflects on sports, race and the 'new normal' of race relations in American culture 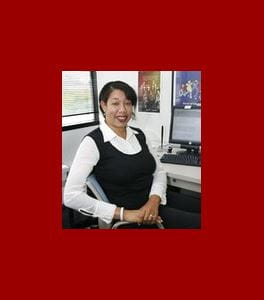 Sterling’s subtext suggests “that Magic Johnson may be good enough to play in the sporting realm, but, in reality, he cannot lead and is not welcome in (Sterling’s) internal circles of acquaintances. One can assume this to mean business and personal,” Hughes writes in the editorial published April 29 in Diverse Issues in Higher Education magazine.

“The question becomes, if Magic and others are not included or allowed into those important circles, then how are people of color to move forward? … Many folks have heard, ‘Just work hard and you will move up. Go to school and you will move forward.’ These narratives infer that everything and everyone is equitable now. … However, the fly in the anointment is racism.”

Describing the fundamental working of affirmative action, she writes: “It reminds me of the child who does not know how to share his toys, so the parent constantly reminds the child to share. Eventually, he learns to share. I suspect the same to be true of folks who may be challenged by the discourse that centers on race, racial structures, institutions, organizations, supremacy, privilege, etc. Folks who have never engaged with or encountered any type of ‘other’ just might struggle with the concepts of diversity and inclusion.”

Hughes is an associate professor in higher education student affairs in the IU School of Education at IUPUI. She focuses on issue of race and sports in education and in society. Follow her on Twitter @pfkarobin.