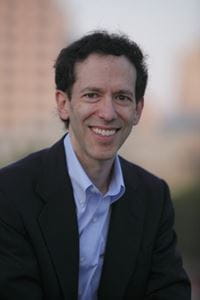 INDIANAPOLIS — “Although many critics of aid in dying have been concerned that legal recognition of the practice would result in a slippery slope to abuse, those fears have not materialized,” said lead author Dr. David Orentlicher  in an article published in The Journal of the American Medical Association.

JAMA has published “The Changing Legal Climate for Physician Aid in Dying,” by Orentlicher, co-director of Hall Center for Law and Health at the Indiana University Robert H. McKinney School of Law, and co-authors Thaddeus Mason Pope and Ben A. Rich.

The article released today traces the evolution of end-of-life law, from the Quinlan court’s  recognition of the right to refuse life-sustaining treatment in 1976, to the current era, in which aid in dying is increasingly accepted. Five states now permit physician aid in dying — also known as physician-assisted suicide — and many other states are moving in the same direction.

The evolution shows that it is more important why patients are ready to die than how they want to die. “What is critical about the right (to take life-ending action) is the desire to protect seriously ill people from intolerable suffering,” Orentlicher and his co-authors wrote.

Allowing people only to refuse ventilators, dialysis and feeding tubes limits the right to die to people suffering from serious illness. But some patients who suffer from widely metastatic cancer or other serious diseases are not dependent on life-sustaining treatment. “For those patients, aid in dying can be an important option to ease the dying process,” according to the paper. To ensure that only the seriously ill have access to physician aid in dying, all five aid-in-dying states have restricted the practice to terminally ill patients.

Dr. Orentlicher holds both M.D. and J.D. degrees from Harvard and is an internationally recognized expert on bioethics and law. The article builds on ideas he developed in “Matters of Life and Death” (Princeton University Press).