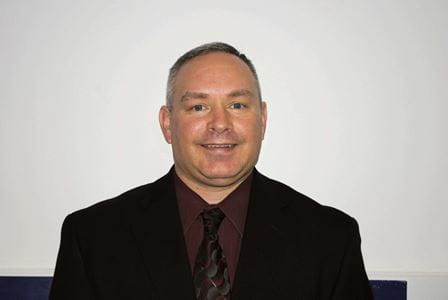 INDIANAPOLIS — The Indiana University-Purdue University Indianapolis Sport Complex, consisting of the IU Natatorium and the Michael A. Carroll Track and Soccer Stadium, is undergoing a renaissance, with new leadership, new partners and the enhanced collaboration with longtime partners.

Michael T. Howe — an Indiana native, former health association executive director, former adjunct professor at the University of Indianapolis and nonprofit agency director and business consultant — has accepted the executive directorship at the IUPUI Sport Complex. Howe is known in the community as a strategic leader, a highly skilled facilitator with governing boards and a specialist in grant writing and patron relations.

IUPUI Sport Complex has also promoted Ed Merkling, a veteran IU Natatorium staff member of over 20 years, to assistant director. Over the years, Merkling has developed positive and close connections with the regional and local swim scene, providing swim instruction and coaching for the young and the mature young-at-heart in the Indianapolis area. He has a strong passion for promoting sports to provide health and wellness opportunities for youth.

Under this new leadership, the opportunities for a reinvigorated relationship with community partners such as Indiana Sports Corp., NCAA, Indiana Swimming, USA Diving, and USA Swimming will continue to be realized. Recently concluded is an agreement with the high-profile and greatly anticipated professional soccer team, Indy Eleven, to play its 2014 and 2015 North American Soccer League matches at Carroll Soccer Stadium. Also, it was announced earlier this year that the USA Olympic Diving Trials will return to IU Natatorium in 2016.

IUPUI welcomes Michael Howe to campus and looks forward to his direction and leadership at the Sport Complex.  Congratulations also to Ed Merkling, on his well-deserved promotion. The IU Natatorium and the Michael A. Carroll Track and Soccer Stadium are world-class facilities giving IUPUI, Indianapolis, the state of Indiana, and the national and international sports community a special place where great athletes compete.