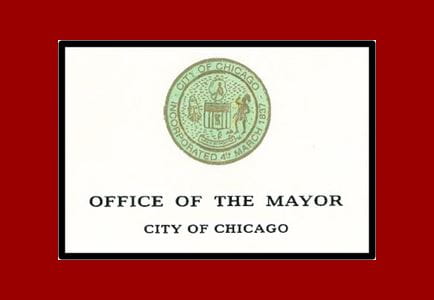 The mayor’s proclamation recognizes “the visionary women who commit to the important work that strengthens our greater society” and the partnership of the Women’s Philanthropy Institute at IUPUI, the Women’s Funding Network and Women Moving Millions in convening the #WomenLeading Philanthropy national symposium April 2 and 3 in Chicago.

“The indelible impact of the distinguished role of women in the City of Chicago has often been associated with key issues in the realms of activism and advocacy, service and uplift, and charity and philanthropy,” the proclamation notes. “The enduring work and legacy of esteemed Chicagoans such as Jane Addams and Ida B. Wells among a great many others bear the influence of involved philanthropy and its power to spur change, improve lives and empower generations.”

A broad cross section of philanthropists, activists and entrepreneurs in philanthropy will gather for the symposium, which will highlight the impact of women as leaders in philanthropy. The event will be held at the Sheraton Chicago Hotel and Towers, 301 E. North Water St., Chicago. The presenting sponsor is JPMorgan Chase.

“This will be a multifaceted conversation about women, leadership, philanthropy and impact, exploring the powerful and diverse ways women make a difference,” said Debra Mesch, director of the Women’s Philanthropy Institute, part of the IU Lilly Family School of Philanthropy at Indiana University-Purdue University Indianapolis. “We are delighted that Mayor Emanuel has chosen to recognize the importance of women’s philanthropy in strengthening society with this inspiring proclamation.”

Leaders featured during the symposium are founding enterprises to aid victims of sexual abuse in Sri Lanka; fighting global health problems; serving as angel investors for social enterprises; and advocating on behalf of life-changing causes.

More than 25 dynamic speakers from across the nation will add their voices and insights to the conversation, including:

About the Women’s Philanthropy Institute