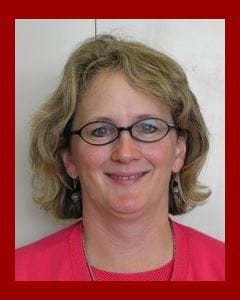 Comparison shopping: Obamacare vs. tax penalty for failure to sign up

Families with tight finances might want to give Obamacare a closer look, if they think it might be cheaper to just pay the tax penalty for not signing up for the health insurance plan. Paying the tax penalty isn’t necessarily the cheaper way for some, according to a health economics expert.

“For many people who are eligible to buy insurance through the health care exchanges, there are tax credits to help pay for insurance,” said Anne B. Royalty, professor of economics at Indiana University-Purdue University Indianapolis. “For some low-income people, the penalty will be more than the cost of insurance after applying the tax credit. For others earning somewhat more, insurance will be only a little more than the penalty.

“For example, the penalty this year for a household earning $40,000 a year is about $25 per month. If that family has two children and 30-year-old parents, they would have to pay $40 to $50 per month for insurance for the least expensive plans in Indiana. And the penalty will go up over the next two years, so by 2016, they would have to pay a penalty of about $175 a month. If they used that $175 a month to buy insurance, they could choose a more comprehensive plan,” Royalty said.

Royalty’s research focuses on health economics. Her area of special interest is health insurance and health care costs. Articles she has written have been published in several journals, including the Journal of Labor Economics, Health Services Research, Journal of Public Economics, Journal of Human Resources and Journal of Health Economics.

Royalty is available by email for further comments on the economics of the Affordable Care Act, known as Obamacare. Media can submit questions to Royalty by email message at royalty@iupui.edu with  ”reporter inquiry”  in the subject line.

Beth Meyerson, a health policy expert at the Indiana University School of Public Health-Bloomington, said, “This deadline and associated extensions reflect the fact that this is a major change to our health care system, with potential to increase health access for millions of people. We have already seen the less than hospitable policy environments at the state level, whereby states erected barriers to enrollment navigation or Medicaid expansion. Extensions have helped to mitigate the impact of such enrollment barriers so people can get the insurance coverage they will need for health access.”

Meyerson, assistant professor and co-director of the Rural Center for AIDS/STD Prevention, will be watching the following issues as the health care reform is implemented: