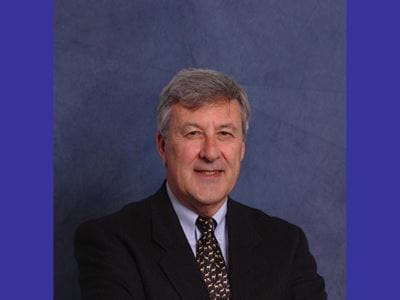 David L. Stocum, director of the Center for Regenerative Biology and dean emeritus and professor of biology in the Purdue School of Science at IUPUI, will present “Regenerating the Values of Public Higher Education: Thoughts of an Unreconstructed Dean” as the 2014 IUPUI Last Lecture at 2 p.m. Friday, March 28, in the IUPUI Campus Center Theater, 420 University Blvd.

The Last Lecture offers the university community the opportunity to hear reflections on life’s lessons and meaning from a retired or current IUPUI colleague of exceptional merit.

A believer in the liberating power of education and ideas with more than 45 years of teaching, research and administrative service, Stocum will share his personal views about undergraduate education and its place in the hierarchical structure of higher education.

Exploring the notion of “rankism” and public higher education’s emphases on research and sports, Stocum will also offer ideas for structural changes that might be an antidote for an addiction to prestige as opposed to excellence, and that allow regeneration of the academic values that should constitute the core educational and research mission of every university.

Stocum is the author of 120 publications, including the essay “Killing Public Higher Education: The Arms Race for Research Prestige,” published in 2013 by Academic Press and available in paperback.

In “Killing Public Higher Education,” Stocum argues that while research is an important function of universities, the competition among public flagships for more money, research, prestige and power is dysfunctional and does not serve society in the 21st century.

“The addiction to research prestige is a chronic impairment that contributes to the ever-increasing costs of higher education and the devaluing of undergraduate research. … The most viable solution is a fundamental restructuring of public higher education in which the flagships play a less dominating role and imposed mission differentiation is ended,” Stocum wrote.

He pursued a teaching, research and administrative career at the University of Illinois for 21 years before joining IUPUI as dean of the School of Science in 1989. He served as dean for 15 years before returning to the faculty for a final decade of teaching and research.

The Last Lecture is co-sponsored by the IUPUI Senior Academy, the IUPUI Administration and the IU Foundation.