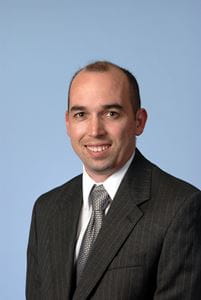 INDIANAPOLIS — Bone is a living tissue that gets stronger in response to the mechanical forces associated with exercise. Exercise has the greatest benefit on bone strength during growth; but do the benefits of exercise during youth persist with aging, when bones are at greater risk of breaking?

Comparing differences between the throwing and non-throwing arms of Major League Baseball players at different stages of their career to differences measured in non-baseball players, Warden and colleagues showed that half of the bone size and one-third of the bone strength benefits of exercise performed during youth were maintained lifelong.

“This is an impressive level of maintenance, particularly considering that the baseball players had not thrown, or in other words, exercised, in over 50 years and were aged in their mid-80s,” Warden said.

In contrast to the maintenance of the bone size and strength benefits, Warden found that the amount or mass of new bone added via exercise during youth was progressively and ultimately lost during aging. This observation came as no surprise to the investigators.

“While we have historically been encouraged to exercise during youth to put ‘more bone in the bank’ to lose during aging,” Warden said, “it is not energy efficient for the skeleton to maintain its mass in excess of its needs.”

How can exercise during youth have a lifelong benefit on bone strength, but not mass? Warden indicated this is due to exercise enhancing bone size. Like any load-bearing structure, bones can be strengthened not only by adding more material but by adding the new material where it is needed most.

“Exercise during youth adds extra layers to the outer surface of a bone to essentially make the bone bigger,” Warden said. “This gives you more ‘bang for the buck,’ as the addition of a small amount of new material to the outside of a bone results in a disproportionate increase in bone strength relative to the gain in mass.”

As bone loss during aging primarily occurs on the inside rather than outside of a bone, Warden noted that the bigger and consequent stronger bone created by exercise during youth has a means of lasting lifelong.

Does exercise later in life benefit the aging skeleton? Warden resoundingly says “Yes.” Warden addressed this question in their studies by testing retired Major League Baseball players who either completely ceased throwing when their professional career was over or continued to throw for an additional 20 years following their professional career. While continuing to throw during aging did not make the bones bigger, it did prevent the loss of bone material from the inside.

Ultimately, Warden said, the data indicate that the old saying of “use or lose it” does not necessarily apply to the skeleton, and that exercise should be strongly promoted during growth to promote lifelong bone health. In particular, he encourages kids to perform at least 60 minutes of exercise daily, with at least a third of that time consisting of weight-bearing activities that expose the skeleton to impact forces in multiple directions such as running, jump rope, basketball, volleyball, tennis, soccer and hopscotch. Similarly, Warden said, the data indicate that exercise should be continued as we age to maintain as much of the benefits of exercise generated during youth, as well as to maintain muscle strength and balance, and reduce fall risk.