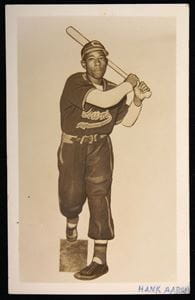 Wilbon’s speech will be the keynote event in a series of presentations that day on the subject of African Americans and baseball, particularly in Indianapolis. He is the co-host of ESPN’s popular program “Pardon the Interruption” and is a television sports commentator and award-winning sports columnist for The Washington Post.

The first Negro League game was played at Washington Park in downtown Indianapolis on May 2, 1920. Oscar Charleston, widely believed to be the greatest player in the history of the Negro Leagues, grew up on the east side of Indianapolis. In addition, Hank Aaron — perhaps the greatest home-run hitter in major league history — began his professional baseball career with the Indianapolis Clowns in 1952.

Speakers will include Mike Lennox, executive director of Play Ball Indiana, an affiliate of Major League Baseball’s Reviving Baseball in Inner-Cities program; filmmaker Geri Strecker, who produced the Emmy Award-winning documentary, “Black Baseball in Indiana”; and Larry Lester, one of the founders of the Negro Leagues Baseball Museum in Kansas City, Mo., and author of eight books on the Negro Leagues. The emcee will be Indianapolis attorney Milton Thompson, CEO of Grand Slam sports marketing and a board member of the Indianapolis Indians.

The event will coincide with the 40th anniversary of Hank Aaron’s 715th career home run on April 8, 1974, and Jackie Robinson Day, which celebrates the memory of the ballplayer who broke baseball’s color barrier on April 15, 1947. The integration of baseball was the most important civil rights story in the years immediately following World War II.

The event, from 1 to 6 p.m., is free and open to the public. It is sponsored by the Sports Initiative at IUPUI, the IUPUI School of Journalism and the National Sports Journalism Center at IUPUI. Parking will be available at the Tower Garage, 875 W. North St., and the North Street Garage, 819 W. North St. Visitor parking passes cost $5.