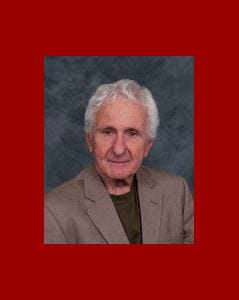 INDIANAPOLIS – Although older adults with serious mental illness didn’t have more recorded physical illness and had fewer outpatient visits to primary care physicians, they made more medical emergency department visits and had considerably longer medical hospitalizations than older adults without mental illness, according to a study conducted by researchers from the Regenstrief Institute and the Indiana University Center for Aging Research.

“Our comparison of health care utilization between seriously mentally ill patients and age-matched primary-care patients provides critical data for the physicians, health care systems and policy makers who will be caring for the growing number of older adults, many of whom have mental illness,” said Regenstrief Institute investigator Hugh C. Hendrie, M.B., Ch.B., D.Sc., Indiana University Center for Aging Research center scientist and professor of psychiatry at the IU School of Medicine. Dr. Hendrie, who is a geriatric psychiatrist and health services researcher, is the first author of the study.

The study, “Comorbidity Profile and Healthcare Utilization in Elderly Patients With Serious Mental Illnesses,” is published in the December issue of The American Journal of Geriatric Psychiatry.

A 2012 report from the Institute of Medicine estimated that as many of one in five older adults have one or more mental health conditions or problems stemming from substance misuse or abuse. The IOM report authors included Regenstrief Institute investigator Christopher Callahan, M.D., Cornelius and Yvonne Pettinga Professor of Medicine at the IU School of Medicine who is also a co-author of the new study. Dr. Callahan is founding director of the IU Center for Aging Research.

The American Journal of Geriatric Psychiatry study notes, “The increased likelihood of falls together with the significantly greater number of emergency department visits and length of hospitalization also suggest that those with severe mental illness represent a vulnerable elderly population that deserve more intensive studies, leading hopefully to a better integrated model of medical and psychiatric care including consideration of psychosocial factors.”

The study was supported by National Institute of Mental Health grant MH080827-01A1.