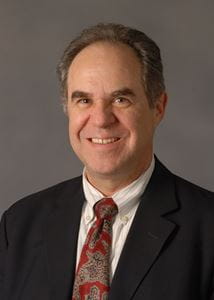 INDIANAPOLIS — Suspicions about sexual promiscuity and vaccine safety are explored in an article in the November issue of the journal Preventive Medicine, which dedicates a section of that issue to research concerning the human papillomavirus.

“Beliefs, behaviors and HPV vaccine: Correcting the myths and the misinformation” is a review of journal articles and other medical and social science literature exploring beliefs held by the general public that have an impact on HPV vaccination acceptance.

Two HPV vaccines are licensed by the FDA and recommended by the CDC. These vaccines are Cervarix, made by GlaxoSmithKline, and Gardasil, made by Merck.

The authors chose topics that they consider timely and important as they explored reasons for a lower-than-anticipated rate of HPV vaccination in adolescents and young adults ages 11 to 26.

One of the presumed concerns about the HPV vaccine is that it will result in “sexual risk compensation” — the initiation of sexual activity at a younger age or reduction of self-protection use.

Dr. Zimet said that according to several published studies, a reduction in safe-sex behaviors and initiation of sexual behavior have been explored in numerous media stories, but it is not identified by most parents as a reason for not vaccinating their daughters.

“A study published in 2012 of 13- to 21-year-old females who had just received their first dose of vaccine found that a large majority of participants recognized the need for ongoing safer sexual behaviors post-vaccination,” Dr. Zimet said. “A longitudinal study in the United Kingdom surveyed 16- and 17-year-old girls before and after HPV vaccine was offered and found that participants who received vaccine were not more likely to have initiated sexual intercourse at the time of the follow-up survey. Furthermore, among those who were sexually active, vaccination status was not predictive of frequency of condom use.”

“All the studies show there is no evidence of initiation of sexual behavior, use of condoms or prevalence of sexually transmitted infections between the vaccinated and the non-vaccinated groups reported in various studies in 2012,” Dr. Zimet said.

Vaccine safety is sited as a concern by some parents because of the newness of the HPV vaccine. However, Dr. Zimet said the numerous large-scale studies on HPV vaccine safety have been published showing little or no evidence of severe side effects associated with the vaccine. This data is tracked nationally by the Vaccine Adverse Event Reporting System.

Dr. Zimet said the HPV vaccine has been available in the U.S. and Canada since 2006 and in Australia since 2007, so it should no longer be viewed as a new vaccine.

“Making the choice to not vaccinate is less safe than choosing to vaccinate,” Dr. Zimet said. “Not vaccinating is a risky decision.”

Lack of clear health care provider recommendations for the HPV vaccine has been identified as one principal reason for the relatively low vaccination rates in the United States. Although health care providers generally support vaccination for HPV, factors such as time constraints, patient age, availability of health care coverage and potential discussions about sexuality with adolescent patients are reasons cited for not promoting vaccination.

The article suggests that offering communication strategies to health care providers could eliminate some of the problem. Another approach is to establish school-based HPV vaccination, which has been shown to be successful in Australia, the United Kingdom and Canada, where HPV vaccine completion rates are high.

“Accumulating evidence suggests that many of the social/behavioral concerns associated with HPV vaccine that have sparked resistance among patients and providers and have been the focus of media reports have little or no basis in reality,” the article concludes.

What is the author’s take-home message for parents and health care providers? “It is important to remember that risk compensation — real or imagined — is not a rationale for withholding vaccine. Instead, it is a rationale for ensuring adequate education both pre- and post-vaccination.”