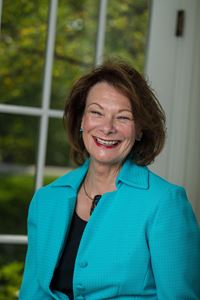 INDIANAPOLIS — The National Communication Association, which promotes the use of competent communication and knowledge about communication to improve the quality of human life and relationships and to solve human problems, has named an Indiana University-Purdue University Indianapolis professor as the recipient of one of its prestigious awards.

According to a nominating letter, Petronio’s “theorizing has changed the way interpersonal communication is studied, taught and practiced across disciplines. Her contributions have been sustained and increased in scope over her career to the point where she is now one of the most widely recognized and important communication scholars in the academy. In short, Dr.  Petronio epitomizes the standards for this award.”

At IUPUI, Petronio is the founding director and has managed the Translating Research Into Practice Initiative, known as TRIP, since 2007. Supported by TRIP, IUPUI researchers take the information they have learned from scholarship and apply it to create practical solutions to problems faced by people and communities. TRIP faculty have worked on projects to help farmers, manufacturers, policy makers, educators, etc.

“Professor Petronio leads among our extensive community of translational scholars at IUPUI, whose interdisciplinary and cross-disciplinary research works toward the betterment of people’s lives across communities, our state, and beyond,” said Nasser Paydar, executive vice chancellor and chief academic officer. “This well-deserved recognition from the National Communication Association is an affirmation of her path-breaking work, its impact, and importance.”

Petronio “has amassed an impressive research record in areas both theoretical and applied,” the Knapp award committee said of its selection of the IUPUI professor as the award recipient. “Her books on, and theory of, communication privacy management, which she has developed over the past 30 years, is relevant to so many social and technological contexts and has inspired an enormous number of citations. Her body of work is of interest not only to scholars but practitioners and citizens alike, given its potential to improve the lives of all.”

The National Communication Association will present the Knapp award to Petronio during its 99th annual convention in November in Washington, D.C.