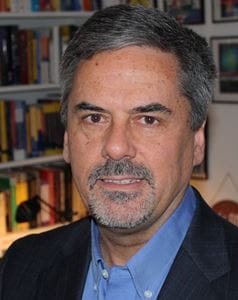 INDIANAPOLIS — In “Why Europe Matters: The Case for the European Union,” IUPUI professor John McCormick makes a clear and unequivocal case for how the European Union, in spite of its problems, has made Europe a more peaceful and prosperous place.

McCormick, who teaches political science in the School of Liberal Arts at Indiana University-Purdue University Indianapolis, debunks the prevailing myths surrounding the European Union and puts forward a compelling case for the benefits of European integration. In his new book, McCormick shows how the EU gives Europeans a greater role on the world stage, as well as more peaceful and productive ways of living and doing business.

“’Why Europe Matters’ will inform and enlighten Euro enthusiasts and skeptics alike (and) could not have been more timely for the new debate about Britain’s role in a changing union,” said John Palmer, former European editor of The Guardian and founding political director of the European Policy Centre.

McCormick’s book is “a must-read for citizens, professionals, students and policy-makers alike by one of the most respected authorities on European affairs,” said Alexander Stubb, Finland’s minister for European affairs and foreign trade.

In a stark challenge to skeptics and critics, McCormick “shows that the story of European Union has been, above all, one of progress in mutual understanding between peoples, of the benefits of cooperation and of the pooling of sovereignty between nations, and of a growing solidarity and cohesion in practice that could provide a model too for those looking for a more peaceful and cooperative form of organization on a global scale,” said Jacques Delors, former president of the European Commission.

Palgrave Macmillan published “Why Europe Matters” on June 28. For more information, or to request a review copy, commission an article or interview McCormick, contact Louise Crawford at l.crawford@palgrave.com.

Previously a journalist and environmental activist, John McCormick is now an author and scholar and is the Jean Monnet Professor of European Union Politics in the School of Liberal Arts at IUPUI.

He trained in journalism and worked for eight years in the information departments of two London-based environmental interest groups before becoming an academic. He has published a wide range of books on the EU and other subjects including “Understanding European Integration” (now in its fifth edition), “The European Union,” “The European Superpower” and “ Contemporary Britain.”