Karen Dace to be appointed IUPUI vice chancellor for diversity, equity and inclusion 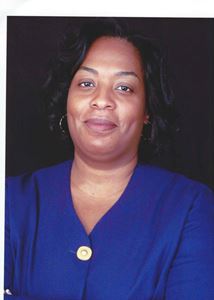 Dace, who most recently served as deputy chancellor in the Division of Diversity, Access and Equity at the University of Missouri-Kansas City, was selected after an extensive national search, chaired by IU School of Health and Rehabilitation Sciences Dean Austin Agho. Dace fills the role currently held in an interim capacity by Zebulun Davenport, vice chancellor for student life.

As vice chancellor for diversity, equity and inclusion, Dace will serve as the campus’ senior diversity officer and oversee the Multicultural Success Center and Adaptive Educational Services. Additionally, Dace will facilitate the institutionalization of structures that advance equity and diversity within IUPUI units and initiate change in the cultures and climate of IUPUI.

“Having a senior-level administrator focused at the campus level on matters of diversity, equity and inclusion has already produced gains for IUPUI in recent years,” Bantz said. “Professor Dace has 14 years’ experience as a chief diversity officer at two public universities, published research on diversity-related topics and demonstrated an exceptional ability to build relationships across constituencies. She is a thoughtful, experienced and dedicated leader whose definition of diversity is as broad as it is inclusive — just what a campus as large as IUPUI needs to advance our diversity goals.”

In addition to her role as deputy chancellor at UMKC, Dace is also an associate professor in the Department of Communications. She was recently asked by colleagues in the School of Education to teach a class titled “Race and Diversity in Higher Education.” While at UMKC, Dace has received nearly $1.7 million in grants to enhance a supportive environment for diversity.

Dace is the District 5 regional director for the Commission on Access, Diversity and Excellence with the Association of Public and Land-Grant Universities, and she has authored or co-authored 12 publications since 1987. Before her work at UMKC, Dace was the associate vice president for diversity at the University of Utah.

“I am excited about the opportunity to become part of the IUPUI effort to enhance diversity through collaborations on and off campus,” Dace said. “My meetings with IUPUI leadership, students, faculty and staff; the diversity, equity and inclusion professionals already in place; and members of the surrounding community demonstrated a great commitment and vision for this initiative, and I look forward to working with everyone as we, together, strive to make IUPUI a leader in diversity, equity and inclusion.”