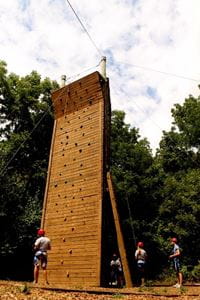 The IUPUI Honors College offers a challenging academic environment for high-ability students. Honors Scholars have completed a rigorous program of study in high school, maintained a GPA of 3.75 (on a 4.0 scale) or better, and have an ACT composite score of 28 or an SAT critical reading and math combined score of 1250 or higher.

“These are Indiana’s future doctors, dentists, lawyers and biomedical engineers,” Honors College Dean E. Jane Luzar said, adding that many of the scholars will settle in Indiana after earning their college degrees. Honors College “is the brain trust of the university.”

The Scholars Retreat is a life-changing introduction to college life. “Incoming Honors College students really bond and make some of their first and best college friends during the retreat,” Luzar said.