British ambassador to promote free trade in speech at IUPUI 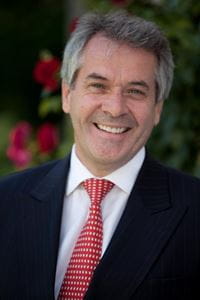 INDIANAPOLIS — During a visit to Indianapolis this week to meet with corporate and civic leaders to promote free trade, British Ambassador Sir Peter Westmacott will deliver a speech at Indiana University-Purdue University Indianapolis.

In his talk titled “Brits and Hoosiers: Partners in Prosperity,” the ambassador will reflect on the implications of the G8 summit, the potential trans-Atlantic trade agreement and trade opportunities for Hoosiers with the United Kingdom. The presentation takes place at 10 a.m. Friday, June 21, in Room 132 of IUPUI Hine Hall, formerly University Place Conference Center and Hotel, 850 W. Michigan St. The event is free of charge and open to the public.

In his first visit to the Hoosier state, the ambassador will highlight the United Kingdom’s role in Indiana’s economy, which exports more than $1 billion in goods to the U.K. and benefits from more than 29,000 jobs supported by British companies.

Westmacott will arrive in Indiana shortly after Britain hosts President Barack Obama and other world leaders June 17 and 18 at the G8 summit in Northern Ireland. International trade will be a central issue at the G8 summit.

While in Indianapolis, the ambassador also will visit Rolls-Royce, which employs more than 6,000 people at the British company’s global headquarters for helicopters and small gas turbine engines.

Those who cannot attend the event can follow live tweets from the ambassador’s speech on the @IUPUI Twitter handle and through the #globalIndy hashtag. The ambassador will also take questions sent to @IUPUI on Twitter.

Develop Indy and IUPUI have provided support for the ambassador’s visit.

Britain and Indiana by the numbers

Learn more about the British-American trade relationship at www.ukustrade.com.

About the British Consulate-General in Chicago

For media queries, please contact Jonathan Daniel, vice consul for policy and communications at the British Consulate-General in Chicago: jonathan.daniel@fco.gov.uk or 312-970-3808.