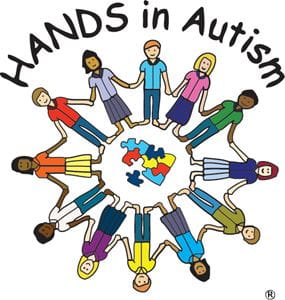 INDIANAPOLIS — What’s in a name? Lots, say concerned members of the autism community.

The American Psychiatric Association is revising the fifth edition of its Diagnostic and Statistical Manual of Mental Disorders, DSM-V for short. One impact of this revision will be to change the criteria and classification of what used to be noted as a set of disorders into one: autism spectrum disorder.

As defined in the previous version of the Diagnostic and Statistical Manual published in 2000, autism spectrum disorders did not formally exist as a classification but rather referred to a subset of the pervasive developmental disorders inclusive of autistic disorder, Asperger’s disorder, and pervasive developmental disorder, not otherwise specified, or PDD-NOS. These separately defined disorders will now collectively be known as autism spectrum disorder in the latest version of the manual.

Autism is a brain development disorder with multiple and varying degrees of symptoms, primarily involving differences in the quality of social interaction and communication.

For diagnostic purposes, autistic disorder was previously sectioned into three symptom groups: challenges in social interaction; deficits in communication; and repetitive and restricted behaviors and interests. According to the 2000 manual, a patient had to exhibit at least six of 12 symptoms across those three groups.

Changes implemented by DSM-V include two symptom groups: challenges in both social communication and social interaction; and restricted, repetitive behaviors and interests. A diagnosis now requires that seven symptoms from the two groups be exhibited.

What concerns the autism community is a fear that children with mild or moderate cases of autism spectrum disorder will slip through the cracks and not qualify for needed therapy or financial assistance.

“We do not yet know the impact this will have on access to needed educational and medical services in the community,” said Naomi Swiezy, Ph.D., the Alan H. Cohen Family Scholar of Psychiatry and an associate professor of clinical psychology in clinical psychiatry at the Indiana University School of Medicine. “However, these decisions will continue to be based on the level to which symptoms limit the child’s ability to function effectively in his/her environment.

“In addition, treatments will continue to focus on a person’s specific symptoms and the severity of those symptoms,” she said.

Dr. Swiezy is also director of HANDS in Autism, an interdisciplinary training and resource center founded in 2004 to extend the information and services available at Riley Hospital for Children at IU Health and the IU School of Medicine.

Although there is no single known cause or cure for autism spectrum disorder, there are effective ways to treat the challenges faced by children with autism and those who live and work with them. One of the primary resources in Indiana is the HANDS in Autism Interdisciplinary Training and Resource Center, which offers educational materials; interactive training opportunities for adults and siblings living with or working with children with autism; and community partnerships to evolve demonstration programming for children with autism.

One of the most requested educational tools created by the program is the video “What Is Autism?” It is available free of charge. Despite the obvious diversity and the many challenges inherent in autism spectrum disorder, the film focuses on building on successes and capitalizing on individual strengths, allowing individuals and their families to reach their greatest potential. The film also showcases people from Indiana.

HANDS in Autism also offers a variety of educational resources, practical tools and strategies. Its consultation services assist people working in all areas of education, public safety, medicine, along with family members, siblings and others affected by autism spectrum and other neurodevelopmental disorders. HANDS in Autism staff help individuals and their caregivers, in a variety of community-based settings, in developing skills for success at home, in school or in the community.

“A major impact of HANDS in Autism has been to deliver research-based information and resources in innovative formats to help community members share similar information and take responsibility for the success of individuals with autism spectrum disorder in our community,” Dr. Swiezy said.