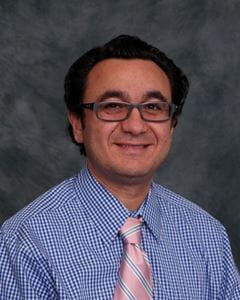 INDIANAPOLIS — Research from the Regenstrief Institute, the Indiana University Center for Aging Research and Wishard-Eskenazi Health on medications commonly taken by older adults has found that drugs with strong anticholinergic effects cause cognitive impairment when taken continuously for as few as 60 days. A similar impact can be seen with 90 days of continuous use when taking multiple drugs with weak anticholinergic effect.

The study of 3,690 older adults is among the first to explore how length of use of this group of drugs affects the brain. The study is available online in advance of publication in a print issue of Alzheimer’s & Dementia, the journal of the Alzheimer’s Association. The research was funded by a grant (R24MH080827) from the National Institute on Aging.

A list of drugs noting their anticholinergic burden can be found on the Aging Brain Care website.

The Regenstrief Institute, IU Center for Aging Research and Wishard-Eskenazi Health researchers reported that continuously taking strong anticholinergics, like many sleeping pills or antihistamines, for only 60 days caused memory problems and other indicators of mild cognitive impairment. Taking multiple drugs with weaker anticholinergic effects, such as many common over-the-counter digestive aids, had a negative impact on cognition in 90 days.

“We found that a high anticholinergic burden — either from one or multiple drugs — plus two to three months of continuous exposure to that high burden approximately doubled the risk of developing cognitive impairment,” said Noll Campbell, Pharm.D., study co-author and Regenstrief Institute investigator. “Millions of older adults are taking sleeping pills or prescription drugs year after year that may be impacting their organizational abilities and memory.”

Dr. Campbell is also an IU Center for Aging Research scientist, a research assistant professor in the Department of Pharmacy Practice, Purdue University College of Pharmacy, and a clinical pharmacy specialist in geriatrics with Wishard-Eskenazi Health.

“While the link between anticholinergics and cognitive impairment has been reported by our group and others, the cumulative burden of anticholinergics was rather unexpected, as was the lack of a clear association between anticholinergic burden and dementia,” said Regenstrief Institute investigator Malaz Boustani, M.D., MPH. Dr. Boustani, the senior author of the study, who is also associate director of the IU Center for Aging Research and an associate professor of medicine at IU School of Medicine. He sees patients at the Healthy Aging Brain Center at Wishard-Eskenazi Health.