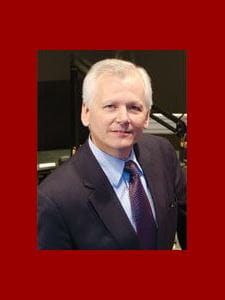 INDIANAPOLIS -The Confucius Institute in Indianapolis has awarded Lloyd Wright, president and CEO of WFYI Public Media in Indianapolis, its Board Member of the Year award.

Wright has been a board member since 2008, the institute’s inaugural year. The award  recognizes and honors an advisory board member who has demonstrated outstanding service through his or her commitment to the advancement of the Confucius Institute in Indianapolis.

A non-political and non-profit organization, the institute was established at IUPUI through an agreement between the Office of Chinese Language Council International and IUPUI, in partnership with Sun Yat-Sen University in China. The Confucius Institute, located at IUPUI, is one of about 90 institutes in the U.S. and 400 around the world.

The award was presented Aril 24 at the advisory board meeting marking the fifth anniversary of the institute. The final segment of a series about the institute, China and its impact on Indiana aired April 25 on WFYI. The segment is entitled “Ancient Treatments, New Practices.”