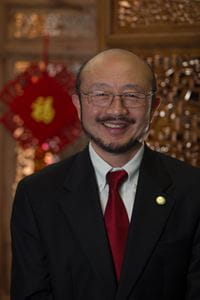 INDIANAPOLIS – The Confucius Institute in Indianapolis will celebrate its fifth anniversary by doing what it has done since 2007: offering programs for Hoosiers that provide a window into China.

Beginning April 22, the weeklong celebration includes three Chinese films, a reception, followed by student performances and a symposium, “China in Africa: A New Model of International Development?” co-sponsored by the institute and the Sagamore Institute.

A nonpolitical and nonprofit organization, the institute was established at IUPUI through an agreement between the Office of Chinese Language Council International and IUPUI, in partnership with Sun Yat-Sen University in China. The Confucius Institute at IUPUI is one of about 90 institutes in the U.S. and 400 around the world.

The Confucius Institute at IUPUI facilitates mutual understanding between the people of China and the people of central Indiana by promoting Chinese language and culture, and it creates educational, business and community relationships, said Dr. Joe Xu, a professor of anatomy and cell biology at the IU School of Medicine and the founding director of the Confucius Institute at IUPUI.

“It’s important for people in Indiana to see and understand China, if only through the window provided by the Confucius Institute,” Xu said. “Helping people know each other reduces misunderstanding.”

“Whoever wants to understand Chinese culture and language, we are there for them,” Xu said.

The institute has established three Confucius classrooms for students in grades K-8 or K-12: two in Indianapolis and one in Brownsburg. It offers summer study abroad programs in China for high school students, college students and the general public as well as a K-8 Chinese language and culture summer camp at IUPUI. One-on-one Chinese language and cultural tutoring are  also available at the institute, as are translation and interpretation services.

The Confucius Institute has helped establish or participated in a range of cultural activities in Indianapolis, including a Chinese Language and Cultural Fair, the Indy 500 Parade, Indianapolis Chinese Festival and Chinese New Year celebration.

The partnership with Sun Yat-Sen University, a top-ten university in China with strong programs in the humanities, social sciences, business, law and life sciences, has produced a number of exchange programs at IUPUI, including programs at the Kelley School of Business and the Schools of Education, Informatics, Liberal Arts, Medicine and Public and Environmental Affairs.