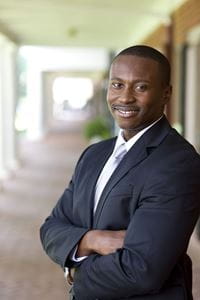 INDIANAPOLIS – Randy A. Jones is the spring 2013 Davis-Sams Visiting Professor at the Indiana University School of Nursing. Jones will be in Indianapolis on April 2 and 3 to meet with a group of faculty, students and staff.

As the Davis-Sams Visiting Professor, he will make presentations at two public events. One is about “Health Disparities in Health Care”  from 4 to 5 p.m. Tuesday, April 2, at the Campus Center, CE307 on the Indiana University-Purdue University Indianapolis campus. The second presentation is “Decision Making in Prostate Cancer”  from noon to 1 p.m. Wednesday, April 3, at the IU School of Nursing, 1111 Middle Drive, NU108, on the IUPUI campus.

An associate professor of nursing at the University of Virginia School of Nursing,

A multicultural scholar in nursing, Jones is the recipient of numerous awards and honors, including fellowship in the American Academy of Nursing, Southern Nursing Research Society Researcher of the Year in Minority Health, National Black Nurses Association Institute of Excellence Scholar, Robert Wood Johnson Foundation Nurse Faculty Scholar, and the Oscar and Ruth Lanford Research Award.

Jones has been published in a number of top-tier journals related to chronic illnesses, such as diabetes and prostate cancer.  He is dedicated to the area of prostate cancer and treatment decisions that patients have to make.

Marsha Baker, director of diversity and enrichment at IU School of Nursing, said, “I am so very pleased that Dr. Randy Jones is the Davis-Sams Visiting Professor for this year’s spring event. Dr. Jones was invited to the IU School of Nursing based on his strong background in health disparities, prostate cancer and decision-making, his national reputation, and as a unique role model for our underrepresented undergraduate and graduate students especially. We hope that many of our constituents in the larger community will attend our free public events and have the opportunity to hear Dr. Jones.”

The Davis-Sams Distinguished Visiting Professorship is named in honor of Anne Mitchem-Davis, the first African-American graduate of the IU School of Nursing (1953), and the late Lauranne Sams, the first African-American faculty member hired (1958). Established in 1999 as part of the 85th anniversary celebration, the Davis-Sams Distinguished Visiting Professorship provides an opportunity for a distinguished leader in nursing to spend a week consulting with the larger community and participate in similar activities. Davis and Sams were leaders within the IU School of Nursing, so it is appropriate that this visiting professorship honors them as pathfinders, as it annually brings to campus someone who has been pioneering in her/his fashion.