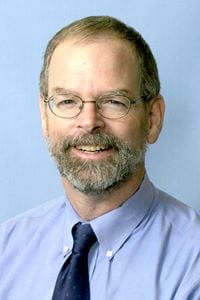 Announcing their findings in the online first edition of Lancet Oncology, the researchers said the drug imatinib mesylate, marketed as Gleevec as a treatment for chronic myeloid leukemia, provided relief to a significant number of patients with plexiform neurofibromas, tumors caused by neurofibromatosis type 1, or NF1.

“Although this was a small study, the results were significant, particularly given that such patients have had few treatment options for what can be a very debilitating disease,” said first author Kent Robertson, M.D., Ph.D., associate professor of pediatrics. “We believe these findings warrant larger trials of both imatinib mesylate as well as other similar compounds that would appear promising in laboratory tests.”

Affecting about 1 in every 3,000 children born, NF1 is the most common neurological disorder caused by mutations in a single gene. Including a much rarer related type, NF2, neurofibromatosis is a genetic disorder that is more prevalent than cystic fibrosis, Duchenne muscular dystrophy and Huntington’s disease combined, according to the Children’s Tumor Foundation.

The mutation produces a variety of symptoms, from mild to severe. Patients can develop café au lait spots and disfiguring tumors on or just under the skin. Internally, tumors can develop along nerve tissue and cause problems if they begin to press against vital organs or the windpipe. Some patients suffer from chronic pain.

The tumors have been nearly impossible to treat effectively. Because they are relatively slow growing, they are not affected by radiation treatments or cancer chemotherapy drugs. They also are often not good candidates for surgery because they are dangerously close to vital organs.

In the study reported in Lancet Oncology, of 23 patients who received the drug for at least six months, six experienced a 20 percent or more decrease in the volume of one or more plexiform neurofibromas, and 30 percent of patients had improvements in symptoms.

Primary investigator D. Wade Clapp, M.D., Richard L. Schreiner Professor and chairman of the Department of Pediatrics, noted that even relatively small reductions in tumor size can result in significant relief of symptoms for patients, such as improved breathing and restoration of bladder control.

In earlier laboratory research, the researchers determined that Gleevec was effective in tissue culture and mouse models of NF1 tumors after discovering that a cellular signaling mechanism that Gleevec targets in chronic myeloid leukemia also played an important role in development of NF1 tumors. Reporting that finding in the journal Cell in 2008, the research team also reported that in a compassionate use protocol, they had treated a 3-year-old girl with a life-threatening tumor compressing her airway. The girl’s tumor shrank by half within three months of treatment.

Although Gleevec has been widely used as a treatment for chronic myeloid leukemia and has been prescribed in some cases for long periods without serious side effects, 13 of the initial 36 patients enrolled in the IU study dropped out before their results could be analyzed at six months of treatment. Nine of the 13 left due to problems taking the drug or side effects. The authors noted that they used the previously established maximum tolerated dose for Gleevec for this study to ensure that any drug activity against any NF1 tumors would be observed. This approach was taken among patients who had been living with slow-growing tumors for long periods of time and therefore were less likely to accept drug side effects than patients with malignant tumors, the authors suggested. Dosages have been modified in subsequent studies.