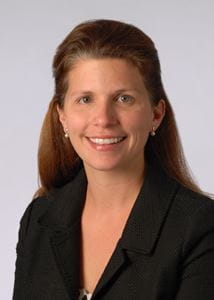 The study also found that racial differences in hospice use persisted over time and that nonwhite patients who do enroll in hospice are more likely to disenroll than white patients.

These findings are reported in “Racial Differences in Hospice Use and Patterns of Care after Enrollment in Hospice among Medicare Beneficiaries with Heart Failure” published in the June issue of American Heart Journal.

“When considering end-of-life care options, it is important to consider hospice services at home, in nursing homes or in hospice facilities,” said Dr. Unroe, a center scientist with the IU Center for Aging Research. “Our findings highlight that there is a significant difference between how white patients and nonwhite patients and their families utilize hospice services.”

The researchers studied a national sample of 219,275 Medicare beneficiaries with heart failure.

According to the National Hospice and Palliative Care Organization, about 1.58 million patients received hospice services in 2010. About 42 percent of all deaths in the United States were under the care of a hospice program in 2010. Heart disease was the third most common diagnosis of individuals receiving hospice care.

An individual is eligible for hospice care if a physician estimates a life expectancy of six months or less, should the disease run its normal course. The emphasis of hospice is on enhancing the quality of life until death.

Co-authors of the study in addition to Dr. Unroe, who conducted the work while a geriatric medicine fellow at Duke University, are Melissa A. Greiner, M.S., Kimberly S. Johnson, M.D., MHS, Lesley H. Curtis, Ph.D., and Soko Setoguchi, M.D., Dr.P.H., of Duke. The research was supported by a John A. Hartford Foundation award to Dr. Unroe.

In a previous study of Medicare patients who died of heart failure, Dr. Unroe and colleagues found that use of hospice among heart failure patients “dramatically” increased, from 19 percent in 2000 to nearly 40 percent in 2007. However, rates of hospitalization in the final six months of life remained constant at about 80 percent.

With support from the National Center for Palliative Care, Dr. Unroe is currently studying use of hospice by nursing home patients.