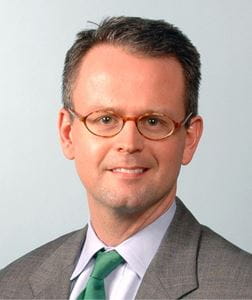 “Effects of Telerehabilitation on Physical Function and Disability for Stroke Patients” appears online ahead of print publication in the August issue of the journal Stroke.

“We know that post-stroke rehab is critically important,” said Dr. Chumbler, a medical sociologist who chairs the Department of Sociology and directs the Institute for Research on Social Issues in the School of Liberal Arts at Indiana University-Purdue University Indianapolis. “But for many veterans and others who experience a stroke, participating in supervised rehab can be difficult because they live far from a rehab facility. Even if distance isn’t an impediment, getting someone to provide transportation may not be easy. Providing rehab in the home is costly, and the availability of qualified physical or occupational therapists may be limited, particularly in rural areas.

“We found that stroke survivors will participate in and can benefit from a telehealth system that enables therapists to deliver and monitor rehab in the patient’s home from a remote location.”

The 52 veterans in the multi-site study received care from VA medical centers in Atlanta, Durham, N.C., and Tampa, Fla.; were predominantly male; were ethnically diverse; and had an average age of 67. Each had experienced an ischemic or hemorrhagic stroke within the previous two years and lived in the community rather than in an institution. The study participants were randomized to usual care or the STeleR (short for stroke telerehab) intervention.

Three hourlong visits were made to the homes of those in the intervention arm of the study, during which a study team member used a camcorder to record physical and functional performance as well as discussed the home environment with the stroke survivor. An in-home messaging device that looks like a clock radio and plugs into a telephone line was installed and monitored weekly by a teletherapist who responded after reviewing information entered by the study patients. Over the three-month period, telephone calls between the teletherapist and the patient took place biweekly. Both STeleR and usual care group participants received routine VA care as directed by their health care providers.

Most of the gains in physical functioning and other improvements occurred during the initial three months of the study but were maintained during the subsequent three months during which no STeleR services were provided.

“STeleR has potential to be a useful supplement to traditional post-stroke rehabilitation, given the limited resources available for in-home rehabilitation for stroke survivors,” Dr. Chumbler said.  “STeleR or a similar telehealth program could be an important way to overcome access barriers and may be particularly useful for reaching vulnerable patient groups, such as individuals from a lower socioeconomic status and those who live in a rural area.”

This research was supported by the Department of Veterans Affairs Rehabilitation Research and Development Service (Grant B4492R). Dr. Chumbler is leading a follow-up study that implements STeleR as a component of routine post-stroke care at the Roudebush VA Medical Center.