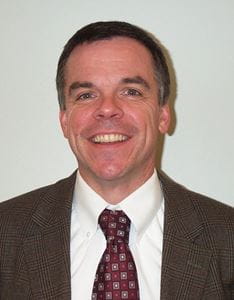 Extending the definition of a patient to include family members who enable cognitively impaired individuals to live in the community, physicians, nurses, social workers and other staff members work closely with both the older adult and family caregivers — in the exam room and in the home, as well as over the phone and via email — to deliver care to improve both brain and physical health.

This month, the 1,000th patient was seen at the Wishard Healthy Aging Brain Center, the first facility to use the ABC model. The Healthy Aging Brain Center is both a research lab and a treatment facility focused on the mental status of elder adults. The center has seen reductions of 45 percent in hospital emergency department visits and 54 percent in hospitalization stays in patients compared to similar individuals not seen in the center.

“Patients treated utilizing the ABC model have fewer behavioral and psychological symptoms of dementia after one year than they had at the onset of treatment,” said Regenstrief investigator Malaz Boustani, M.D., associate professor of medicine at the IU School of Medicine and the medical director of the Wishard center.

Patients receiving care in the Healthy Aging Brain Center are given an initial cognitive assessment including neuropsychological testing, an MRI, a medication review and a structured neurological and physical evaluation. The staff then helps both patient and caregivers develop a personal treatment plan that typically includes recognizing potentially harmful medications, prescribing new medications, initiating brain and physical exercise regimens, and working on reducing stress to improve daily life.

“Our research over the past decade has shown the importance of families and communities, in addition to medical care, in improving the quality of life for older adults with dementia,” said Regenstrief investigator Christopher Callahan, M.D., Cornelius and Yvonne Pettinga Professor in Aging Research at the IU School of Medicine. “The HABC uses a team-based approach to help get everyone on the same page in meeting the goals of care for the patient and their family caregivers.”

Dr. Callahan sees patients at the Healthy Aging Brain Center and is also founding director of the IU Center for Aging Research.

The Healthy Aging Brain Center receives referrals from across the country and has quickly become a nationally recognized leader in the care of older adults, according to Dr. Boustani, a geriatrician.

Earlier this month, the new Senior Health Implementation Center at the Regenstrief Institute announced that it will disseminate ABC tools, including a how-to manual for clinicians, a dementia symptoms monitor and a resource handbook for caregivers, as well as provide onsite training.