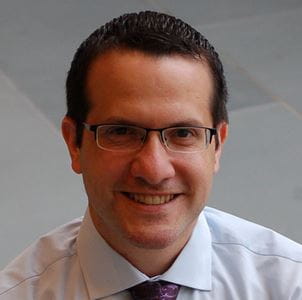 JAMA announces the new blog, aimed both at the public and physicians, in a March 14, 2012, editorial. The most widely circulated medical journal in the world launched its coverage of the presidential campaign with a Jan. 25 blog posting by Dr. Carroll and Boston University health economist Austin Frakt, Ph.D., on President Barack Obama’s State of the Union address.

In addition to contributing to The JAMA Forum, Dr. Carroll will continue writing at his own blog. He has been a guest blogger for The Washington Post and contributes to CNN.com.  He is also a frequent guest on Sound Medicine, an award-winning radio program co-produced by the Indiana University School of Medicine and WFYI Public Radio.

“Health care now consumes more than 17 percent of GDP, and by all accounts is the single biggest driver of future U.S. budget deficits. But in spite of all the money we — individuals and government — are spending, we are not getting the quality of care we deserve,” Dr. Carroll said.

“Over the course of 2012, it will be important to follow the Supreme Court as it considers the 2010 health care reform law and to look closely at congressional races, as well as the presidential race, to see what candidates say they want to do about health care and how realistic their proposals are,” he said.

Dr. Carroll is director of the Indiana University Center for Health Policy and Professionalism Research and vice chair for health policy and outcomes research in the IU School of Medicine’s Department of Pediatrics. He is also an associate professor of pediatrics at the medical school and a Regenstrief Institute affiliated scientist.

The IU School of Medicine and the Regenstrief Institute are on the Indiana University-Purdue University Indianapolis campus.