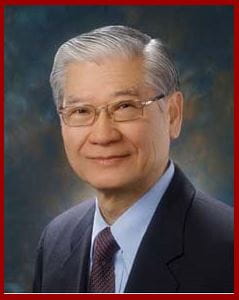 Wong was honored for his “outstanding contribution in the discovery of fluoxetine,” an antidepressant under the trade name Prozac, in January 1988. Wong joined the Lilly Research Laboratories, Eli Lilly and Company, as a senior biochemist in the Division of Pharmacological Research in 1968. He and colleagues Brian B. Molloy and Ray W. Fuller are credited with the discovery of fluoxetine, as well as atomoxetine (Strattera), duloxetine (Cymbalta) and dapoxetine.

His co-recipient is Aaron T. Beck, M.D., who is the father of cognitive behavioral therapy. Beck is a professor emeritus of psychiatry at the University of Pennsylvania and honorary president of the Aaron T. Beck Psychopathology Research Center

In presenting the awards, the Prince Mahidol Award committee said: “Both cognitive behavior therapy and fluoxetine play a major impact on the treatment of major depression, but the combination of the two gives a more effective and satisfactory result.”

A third award in the field of public health was given to Ruth F. Bishop, M.D., of Melbourne, Australia, for her work on rotavirus and the vaccine against rotavirus diarrhea, which claims the lives of nearly a half million children a year.

“Dr. Wong was an early advocate for the study of the role of monoamines in mood disorders, and his interest in serotonin in particular led to an entirely new generation of neurotransmitter-specific antidepressants. The advantage of fluoxetine over earlier psychopharmacologic agents was increased tolerability, much lower toxicity,” said Alan D. Schmetzer, M.D., professor emeritus and interim chair of the IU School of Medicine Department of Psychiatry. “Together, the newer antidepressants and the cognitive behavioral therapy psychotherapy model changed the way depression is treated.”

Major depressive disorder affects as many as 12 percent of the world’s population (17 percent in the U.S.) and has been called the 21st century’s most debilitating disease process.

Wong received his doctorate in biochemistry at the University of Oregon School of Medicine in 1966 and completed postdoctoral training at the Department of Biophysics and Physical Biochemistry at the Johnson Research Foundation, University of Pennsylvania. He joined Eli Lilly and Company in 1968 and retired after 31 years of service with the rank of distinguished research fellow. He joined the IU School of Medicine as an adjunct faculty member in 1997.

The Prince Mahidol Award was founded in 1991 to honor the memory of His Royal Highness Prince Mahidol of Songkla, a member of the Thai royal house who obtained a doctorate in medicine from Harvard University in 1928 and worked diligently to bring the concepts of modern public health to his homeland before his untimely death at the age of 37. Of the 59 previous winners, two subsequently have been named Nobel laureates.