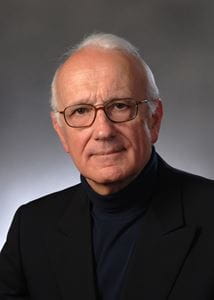 The grant will enable the Indiana center’s scientists and doctors to continue their work in state-of-the-art research aimed at developing better understanding of the causes and potential treatments for Alzheimer disease and other dementias, said Bernardino Ghetti, M.D., the center director.

The center also offers a variety of educational and outreach programs, including an annual spring educational symposium with sessions for scientists, health care providers and caregivers.

The funding renewal marks the 20th anniversary of the center being named an NIH-designated and funded Alzheimer disease center. As one of 29 such centers in the U.S., the Indiana Alzheimer Disease Center’s investigators tackle a broad range of dementia-related issues and have developed a reputation for specialized expertise in several areas:

The Indiana Alzheimer Disease Center is composed of six cores:

The Neuroimaging core was added in 2009. The emergence of sophisticated imaging tools has been particularly significant in both better diagnosis of patients and research into causes and potential treatments for dementia, he said.

“Today with imaging we are doing things we did not dream of when we started this center in 1991,” said Dr. Ghetti.

Nevertheless, as the center moves into its third decade of NIH designated support, fundamental research questions remain, such as a detailed understanding of the relationship between the tau and amyloid proteins that play key roles in the development of Alzheimer disease, he said.