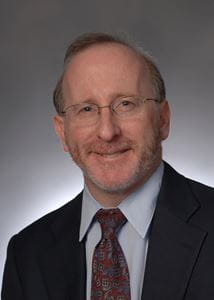 According to a new, long-term study from Regenstrief Institute and Indiana University researchers, cognitive impairment, especially at the moderate to severe stages has an impact on life expectancy similar to chronic conditions such as diabetes or chronic heart failure. Their findings, “Cognitive Impairment: An Independent Predictor of Excess Mortality. A Cohort Study” appears in the Sept. 6, 2011 issue of Annals of Internal Medicine.

Nearly 4,000 people between the ages of 60 to 102 years, initially seen from 1991 to 1993 by primary care physicians at Wishard Health Services, a large public hospital with community health centers in Indianapolis, participated in the study. The patients were followed for 13 years.

“Previous studies have associated cognitive impairment with an increased risk for death, but most of this work focused on patients with Alzheimer disease and subjects in research centers. The patients in our study better reflect the general public, displaying no indications of disease or mild, moderate or severe cognitive impairment,” said Regenstrief investigator Greg A. Sachs, M.D., professor of medicine at the Indiana University School of Medicine, where he is the division chief of general internal medicine and geriatrics.  “We found that even mild cognitive impairment, as determined by a simple screening tool in a primary care physician’s office, has a strong impact on how long individuals survive on the same order as other chronic diseases.”

Study participants were screened for cognitive impairment using an easy-to-administer 10-question mental status questionnaire. On the basis of the number of errors patients made on this test, they were categorized as having no, mild, or moderate to severe cognitive impairment. The Regenstrief Medical Record System was used to obtain data on the patients’ medical conditions, results of lab tests and other relevant information.

The study findings have important clinical and prognostic implications beyond dementia detection, treatment and support for affected patients and their families.  Reduced life expectancy in patients with cognitive impairment should be factored into medical decisions, such as advance care planning, cancer screening and prescribing of medications, especially in patients with severe impairment, the authors state.

They study was supported by the Agency for Healthcare Research and Quality.