Carbon Nanoparticles Break Barriers–and That May Not Be Good 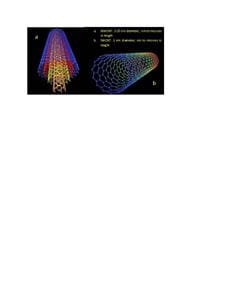 The effects on the human body of exposure to CNPs — minute chemicals with rapidly growing applications in electronics, medicine, and many other fields — is just beginning to be revealed. Exposure at the level studied by the IUPUI researchers is approximately equivalent to what might be the result of improperly disposing of an item such as a television or computer monitor containing CNPs, living near a CNP producing facility, or working with CNPs.

The research, published in the September 2011 issue of the journal Nanotoxicology, focuses on the effect of low concentration CNP exposure on the cells that line the renal nephron, a tubular structure inside the kidney that makes urine. The investigators found the role of the CNPs in this part of the body to be significant and potentially worrisome.

“Unlike many other studies, we have used low concentrations of CNPs that are typical of what might appear in the body after ingesting them from environmental contamination or even from breathing air with CNPs. We found that these minute particles cause leakage in the cellular lining of the renal nephron,” said study first author Bonnie Blazer-Yost, Ph.D., professor of biology at the School of Science at IUPUI and adjunct professor of cellular and integrative physiology and of anatomy and cell biology at the IU School of Medicine.

“Breaching this biological barrier concerns us because things that should be retained in the forming urine can leak back into the blood stream and things in the blood can leak into the urine. Normal biological substances as well as waste products are dangerous if they go where they are not supposed to be,” Blazer-Yost said.

“These CNPs don’t kill cells – so they are not lethal, but they do affect cells, and in this case it’s an adverse effect,” said corresponding and senior author Frank Witzmann, Ph.D., professor of cellular and integrative physiology and of biochemistry and molecular biology at the IU School of Medicine and adjunct professor of biology at the School of Science.

Biological barriers are very important to human health. The most well understood is the skin, but there are many others. “The human body needs intact barriers, whether it be skin, airway linings, gut walls or the kidney cells we looked at in this study. We need to gain a better understanding of how CNPs modify and change characteristics of barriers as these tiny particles become more common in the air we breathe,” said Witzmann.

The two researchers note that these incredibly strong particles, visible only under an electron microscope, perform useful functions including roles in drug delivery and are responsible for many advances in electronics such as the impressive colors seen on plasma televisions and computer monitors.  What they worry about is when CNPs enter the air and the environment and eventually the human body from inappropriate disposal or from manufacture of products containing the particles.

This study is part of the team’s larger body of work, which looks at the effect of CNPs on barriers throughout the body including those of the airways and large intestine.

“At this point, we know that CNPs have many beneficial qualities, but also pose potential risks. These particles are so small that when they get into various organs or systems they can bind to many things. We need to further study what they look like in various parts of the body, how they affect protein expression, as well as what they do when they cross a barrier or are excreted,” said Witzmann.

“Studying the cellular alterations in the urine-blood barrier in the kidney caused by repeated exposure to low concentrations of CNPs is the initial step to understanding the assault on the human body of accidental exposure to CNPs but it is an important one,” said Blazer-Yost.

Adam Amos, a study co-author, performed some of the initial work that contributed to this study during a five-semester intensive undergraduate research experience in the Blazer-Yost laboratory in the School of Science. He is currently attending the IU School of Medicine. The work was continued as part of the Ph.D. thesis research of Amiraj Banga.