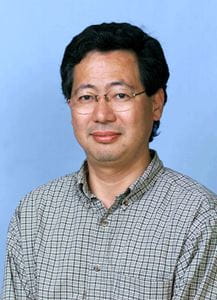 Hiroki Yokota, professor of biomedical engineering at Indiana University-Purdue University Indianapolis (IUPUI) and adjunct professor of anatomy and cell biology at the IU School of Medicine, will investigate the effect of salubrinal — a chemical compound originally developed to encourage insulin production in individuals with diabetes — on human bone strength and growth. Early laboratory research supported by the Indiana Clinical and Translational Sciences Institute (CTSI) suggests weakened bones treated with salubrinal experience a statistically significant increase in strength, as well as accelerated healing in bones that have been fractured.

“People are getting older,” Yokota said, “and when people get older, particularly women, they tend to develop osteoporotic bones. As a mechanical engineer, I was originally exploring mechanical stimulation, which is similar to exercise, to strengthen bones. But by studying these mechanisms, I came across a molecular pathway that became the beginning of this discovery.”

Acute pelvic and hip fractures account for about 350,000 hospitalizations each year in the United States, with 76 percent of patients being female and annual cases expected to reach 650,000 by 2050. Moreover, Yokota said approximately 25 percent of fracture patients previously living independently require full-time nursing care post-fracture, with only a quarter returning to pre-injury levels of activity and half never fully recovering.

Older populations are increasingly affected by weakened and broken bones as aging cells are no longer able to produce sufficient levels of collagen, the protein from which bones derive their strength. Salubrinal prevents this cellular decline by strengthening the body’s “protein-producing machinery,” which creates collagen and keeps bones strong.

“In preliminary studies, particularly in bone fractures, we’ve see an effect in as little as a week,” said Yokota, “and the effect is even stronger in two weeks. We’re not ready to cite numbers, but I can say it appears significant.”

“Salubrinal stimulates a cellular ‘rescue program’ in response to stress,” said Yokota, noting some diabetes may be caused by the pancreas killing insulin-producing eyelet cells in response to increased insulin needs — a process similar to the cellular shutdown that can occur in bones overtaxed by collagen production.

“With this drug,” Yokota said, “the cells just enjoy the body’s rescue response without really experiencing any new negative pressure. Using salubrinal is basically about trying to treat cells a little better.”

The Department of Defense grant will support continued research into the effectiveness of salubrinal on broken and weakened bones and contribute to determining dosing guidelines, said Yokota, with an eye toward moving the drug into early clinical trials for patients with osteoporosis or bone fractures.

“In a sense, step one is done,” he said. “This support will move us towards step two.”

Developing a pill from the compound’s current, injectable form — making it easier to administer as well as increase its potential marketability — is also a priority.

“Our ultimate goal is FDA approval to provide a safe, efficacious, easy-to-use drug therapy that will heal hip fractures in the geriatric population,” he said.

Additional support for Yokota’s other projects related to bone strength and growth comes from the National Institutes of Health and the National Aeronautics and Space Administration, which has invested in his research for its potential to reduce bone loss experienced by astronauts due to weightlessness.

The Indiana CTSI provided key support to Yokota’s early investigation into salubrinal with a $20,000 Research Inventions and Scientific Commercialization Grant. The funds fueled research identifying a chemical partner that combines with the salubrinal to create a safe, non-toxic drug easily absorbable by the human body. The early study also benefitted from a program managed by the Indiana CTSI, in partnership with the IU Kelley School of Business, which partners investigators looking to turn their discoveries into viable startup projects with MBA students seeking real-life experience in the business of life science.

The Indiana CTSI is a statewide organization supported by the National Institutes of Health. It includes Indiana University, Purdue University and the University of Notre Dame, as well as public and private partners, and aims to accelerate the rate that promising discoveries in the lab can be “translated” into new treatments and therapies in the community.