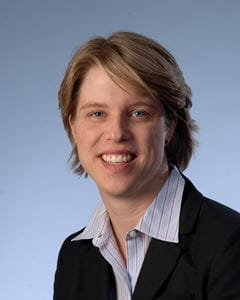 The findings of the IU School of Medicine investigators argue against exposing all young children who are diagnosed with an initial urinary tract infection (UTI) to a painful radiologic test and against prescribing prophylactic antibiotic treatment that may extend for years — the diagnosis and management tools indicated in the American Academy of Pediatrics’ current guideline, established in 1999. The new study was conducted at the request of the AAP.

As a result of these findings, the AAP has updated its practice guideline on the diagnosis and management of initial UTIs in children aged two to 24 months. The report and the new AAP guideline appear in the September issue of the journal Pediatrics.

UTIs are one of the most common bacterial infections in babies and toddlers. Five percent of children in this age group with fever and no other obvious fever source have UTI. Diagnosis and management are clinically challenging because the patients are unable to express their symptoms. Repeated UTIs can lead to kidney scarring and life-long decreased kidney function.

In the 1999 guideline a radiologic test called a voiding cystourethrogram (VCUG) was recommended for young children after a first UTI. This was done to identify children with urine refluxing back up to the kidney. When identified, most of these children were started on prophylactic antibiotics in an attempt to prevent repeated episodes of UTI. But when the IU researchers reviewed studies done in the decade following the old 1999 guidelines, they found no benefit to long-term prophylactic antibiotics. Given that antibiotics do not work, they determined there was no reason to put all these children through the pain and radiation of the VCUG.

“If there is no obvious source of fever, the pediatrician needs to think UTI and needs to test for it. But we need to now change what we do after we have treated that first episode of UTI. We, as physicians, have been fooling ourselves by putting young patients on long-term antibiotics and thinking that would prevent the patient from getting another UTI,” said S. Maria Finnell, M.D., assistant professor of pediatrics at the IU School of Medicine, lead author of the technical report and an author of the AAP policy statement.

“The AAP is the authoritative source of pediatric guidelines in the United States and beyond. This change in recommendations will have a substantial impact on clinical practice,” said Stephen M. Downs, M.D., professor of pediatrics at the IU School of Medicine and co-author of the new technical report. Dr. Downs was the author of a 1999 technical report that informed the earlier AAP guideline.

Aaron Carroll, M.D., associate professor of pediatrics at the IU School of Medicine, is also a co-author of the new study.

Support for the technical report came from the AAP and the IU School of Medicine’s Department of Pediatrics.