Diary of a Civil War Nurse, This week on Sound Medicine 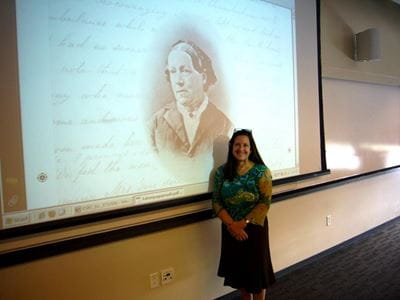 History of medical insulin. One of the most important discoveries of the last century was insulin. Earlier this year, Sound Medicine ‘s Kathy Miller, M.D., spoke with writer Arthur Ainsberg, co-author of Breakthrough,  a book tracing the history of insulin’s development, including the dramatic story of Elizabeth Hughes, the first diabetic to receive the drug.

Vaccines in colonial America. Just before the American Revolution, doctors were learning how to inoculate people against contagious diseases.  In an interview earlier this year, historian Howard Markel, M.D., Ph.D., explained to Sound Medicine’s David Crabb, M.D., how inoculations evolved into vaccinations. Dr. Markel writes extensively on colonial medicine. He directs the Center for the History of Medicine at the University of Michigan.

A history of osteopathic medicine. Historian Norman Gevitz, Ph.D., spoke earlier this year with Sound Medicine’s Kathy Miller, M.D., about the only branch of medicine that was started in the U.S.:  osteopathy. Dr. Gevitz’s book is called The DO’s: Osteopathic Medicine in America.  Gevitz is professor and chair in the Department of Social Medicine at the Ohio University College of Osteopathic Medicine

Twittercue: #soundmedicine for July 3: #medicalhistory in the United States, including #vaccines, #osteopathy, #insulin, and a #civilwar nurse’s diary.