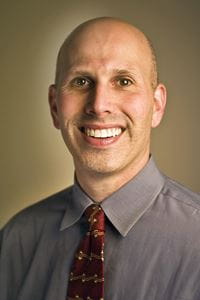 Long lists of drug side effects—whether found in magazine advertisements or in package inserts—are a familiar sight to patients and doctors. Now researchers from the Regenstrief Institute and the Indiana University School of Medicine have quantified just how complex drug labels have become.

In the study, appearing in the May 23, 2011 issue of the Archives of Internal Medicine, the researchers found that the average label contains 70 different side effects, with more commonly prescribed drugs averaging around 100 side effects. The upper range was remarkably high, with a single label containing as many as 525 reactions. The study involved analysis of more than 5,600 drug labels and more than half a million labeled effects.

“Having a high number of side effects on a drug’s label should not suggest that the drug is unsafe. In fact, much of this labeling has less to do with true toxicity than with protecting manufacturers from potential lawsuits,” said lead author Jon Duke, M.D., Regenstrief Institute investigator and assistant professor of medicine at the IU School of Medicine.

“But having all these labeled side effects can overwhelm doctors who must weigh the risks and benefits when prescribing a medication.  The Food and Drug Administration has taken steps to discourage such ‘overwarning,’ but at present information overload is the rule rather than the exception,” Dr. Duke said.

The authors looked at different classes of medications to determine if certain types of drugs were more likely to have a high number of labeled effects. The greatest number of side effects was found in antidepressants, antiviral medications, and newer treatments for Restless Legs Syndrome and Parkinson’s disease. In general, medications typically used by psychiatrists and neurologists had the most complex labels, while drugs used by dermatologists and ophthalmologists had the least.

To conduct this research, the investigators developed computer software capable of identifying side effects in drug labels with 95 percent accuracy. This software, known as SPLICER, can be used to monitor labeling patterns on an ongoing basis and detect changing trends.

“It would take many months of work to read through the 5,600 drug labels and identify all of the side effects. SPLICER can read and process this many labels in about a day on a supercomputer and with nearly the same accuracy as a human. This is especially important since new labels are constantly being created and old ones revised,” said co-author Regenstrief Investigator Jeff Friedlin, D.O., assistant professor of family medicine at the IU School of Medicine.

“With current technology, drug labels could be transformed from lengthy static documents to dynamic resources, capable of delivering personalized patient information. Such labels could take into account the individual patient’s medical conditions and highlight those side effects that could be especially dangerous.

“We can’t stop the growing wave of drug information,” said Dr. Duke, “but we can do a better job of presenting it efficiently to health care providers.”

The study, “A Quantitative Analysis of Adverse Events and ‘Overwarning’ in Drug Labeling” was co-authored by Dr. Duke, Dr. Friedlin and Patrick Ryan, M.Eng. of the University of North Carolina. The work was conducted with support from the Regenstrief Institute and the National Library of Medicine.

The Regenstrief Institute and the IU School of Medicine are located on the campus of Indiana University-Purdue University Indianapolis.