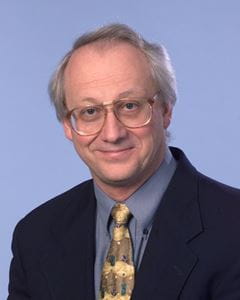 Dr. Loder is the George J. Garceau Professor of Orthopaedic Surgery. He joined the IU School of Medicine faculty in 2003 following four years as chief of staff at Twin Cities Shriners Hospital in Minneapolis and professor of orthopedic surgery at the University of Minnesota School of Medicine.

A native of Colorado, he holds a bachelor’s degree in chemistry from the University of Colorado. He completed his internship and orthopedic residency at the Medical College of Ohio and a fellowship at the Texas Scottish Rite Hospital for Crippled Children in Dallas. As a  Harrington Fellow, Dr. Loder’s focus was in pediatric orthopedics and scoliosis.

Dr. Loder has been listed in “Best Doctors in America” since 1998. He has received numerous honors, including 2006 Teacher of the Year Award, presented by orthopedic surgery residents, and the 2004 Riley Hospital for Children Red Shoes Award for excellence in patient care.