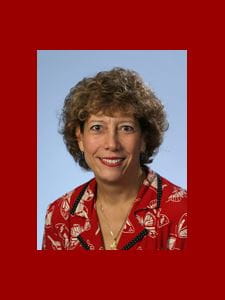 Nonalcoholic fatty liver disease is the most common cause of chronic liver disease in children in the United States. The Indiana University School of Medicine and Riley Hospital for Children at Indiana University Health comprised one of the largest of the 10 sites nationwide that conducted the randomized, controlled trial of the disease between September 2005 and March 2010.

“Currently the only treatment for nonalcoholic fatty liver disease is diet and exercise counseling, but this is often not effective,” said Jean P. Molleston, M.D., professor of clinical pediatrics at IU School of Medicine and director of pediatric gastroenterology, hepatology and nutrition at Riley at IU Health, who directed the Indiana site. “While we were disappointed that neither vitamin E nor metformin significantly reduced liver enzymes tested in blood draws from the children and teens in the study, we did note that for a subgroup of those in the study whose biopsies showed definite fatty liver hepatitis (“NASH”) or many swollen liver cells (“ballooned cells”), there was improvement with vitamin E.”

“Due to the risks of liver biopsy, we need to develop noninvasive markers, to be found perhaps in blood or even stool, for identification and monitoring of those who may benefit from vitamin E,” she said. “We need to tackle the disease before it becomes full blown in adulthood and significantly damages the liver.”

According to the Centers for Disease Control, obesity affects 17 percent of children and teens in the United States, which is three times the rate of the previous generation. Non-alcoholic fatty liver disease occurs in approximately one out of six obese children, often without symptoms. While not life threatening to children, the disease, in which fat accumulates in the liver causing it to swell, can lead to scarring of the liver, sometimes requiring transplantation in adulthood.

Nonalcoholic fatty liver disease is more prevalent in boys than girls.  It is more common in Hispanics than Caucasians and is less common in African-Americans.

IU School of Medicine gastroenterologist Naga Chalasani, M.D., professor of medicine, is a co-author of the JAMA study along with researchers and clinicians from the other nine sites across the country. The study was funded by the National Institutes of Health.

The IU School of Medicine is located on the Indiana University-Purdue University Indianapolis campus.