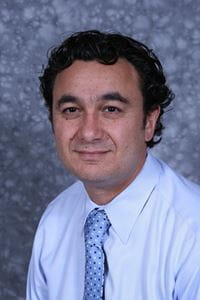 The paper appears in Volume 15, Issue 1, 2011 of the peer-reviewed journal Aging & Mental Health.

“We successfully translated the memory care model we developed into actual practice, taking it from promising research to a clinical trial, which we published in JAMA [Journal of American Medical Association] in 2006, and now to actual practice with the Healthy Aging Brain Center at Wishard Health Services, serving patients from metropolitan Indianapolis, throughout the Midwest and from as far away as Texas and California,” said paper first author Malaz Boustani, M.D., M.P.H., an associate professor of medicine at Indiana University School of Medicine, a Regenstrief Institute investigator and an Indiana University Center for Aging Research scientist.

“These numbers show without a doubt that improved dementia care benefits patients, their family caregivers and the entire healthcare system. Our patients get prescription and over-the counter medications that don’t harm the aging brain. They don’t need emergency treatment as often, and if they are hospitalized, they spend significantly less time there than those who don’t receive dementia care using our model. In addition to the obvious health benefits, all this puts less emotional and financial burden on the individual, family members, and the system paying for health care,” said Dr. Boustani, a geriatrician.

Family caregivers, estimated by the Alzheimer’s Association to exceed 10 million Americans, typically are not a focus of memory care in spite of the fact that they provide hundreds of millions of unpaid care hours per year and are hospitalized at a very high rate.

“With the HABC model we have extended the definition of patient to include family members who enable cognitively impaired individuals to live in the community. Our physicians, nurses, social workers and other staff members work closely with both the older adult and family caregivers in the medical office and in the home as well as over the phone and via e-mail, to deliver efficient, good care which reduces depression as well as improving physical health,” said Dr. Boustani, a geriatrician.

The HABC model is being studied by others who provide memory care at sites across the United States and in Europe.

Currently an estimated 5.3 million Americans have Alzheimer’s disease. Eight out of 10 individuals with dementia live outside of nursing homes. Many have significant behavioral or psychological symptoms requiring medical and psychological care.

The study was funded, in part, by the National Institute of Mental Health.