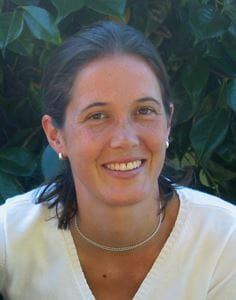 The research, which used data from more than 40,000 visits to health care facilities, appears in the February issue of the journal Pediatrics, published online ahead of print on Jan. 24.

In addition to race or ethnicity, the researchers found screening likelihood varied by insurance status and also by age. Women with public insurance had greater odds of chlamydia testing, compared with women with private insurance.

“For some common conditions like breast cancer, white women are more likely to receive a screening test like mammography. For chlamydia infections – which are highly stigmatized STDs – white women are less likely, while minority women are more likely, to receive screening. This may mean that providers make judgments about a woman’s likelihood of infection based on her race or ethnicity. Yet in an asymptomatic condition like chlamydia, all sexually active young women should be screened,” said study first author Sarah E. Wiehe, M.D., M.P.H., assistant professor of pediatrics at the IU School of Medicine and a Regenstrief Institute affiliated scientist.

A medical history of STDs was more important than race or ethnicity or insurance status in terms of differences in chlamydia screening. Young women who had a previous STD were more likely to be screened for chlamydia, no matter their race or ethnicity, and differences by race or ethnicity in testing decreased substantially in this subgroup. The same was not true for young women who had been pregnant in the past. After a pregnancy, young minority women were much more likely (24 times for Hispanic women and 4 times for black women) to be screened than young white women.

“Even when we accounted for provider-level differences in testing patterns, the bias to screen black and Hispanic young women persisted. We must encourage pediatricians, internists, family medicine physicians and gynecologists to screen all sexually active young women under their care. Chlamydia is a serious and usually asymptomatic disease that may have serious health repercussions,” said Dr. Wiehe, a pediatrician and health services researcher.

Co-authors of “Chlamydia Screening Among Adolescents and Young Women: Individual- and Provider-Level Differences in Testing Rates” in addition to Dr. Wiehe are Marc B. Rosenman, M.D., M.S., and Barry P. Katz, Ph.D., of the IU School of Medicine and the Regenstrief Institute, Jane Wang, Ph.D., of the Regenstrief Institute, and J. Dennis Fortenberry, M.D., M.S., of the IU School of Medicine. The study was funded by the National Institutes of Health and the Clarian Value Fund.

The IU School of Medicine and the Regenstrief Institute are located at the campus of Indiana University – Purdue University Indianapolis.