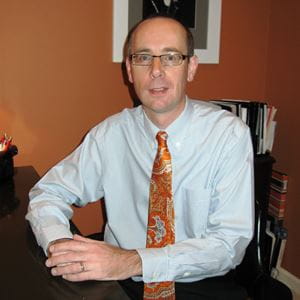 Using a targeted mutation of a gene important in pituitary system development, the researchers have created a mouse line that serves as a model of combined pituitary hormone deficiency, a disease that causes short stature, metabolic disease, pubertal failure and other problems. The study was reported in the current online edition of the Proceedings of the National Academy of Sciences.

“This mouse model should enable us to gain a stronger understanding of the molecular and cellular events involved in the progression of pediatric combined pituitary hormone deficiency,” said Simon J. Rhodes, Ph.D., professor of cellular and integrative physiology and associate dean for research and graduate studies.

The gene being studied, LHX3, is involved in the development of both the pituitary gland and the central nervous system.

However, the IU researchers focused specifically on a unique variant of the disease, previously discovered by Rhodes and his colleagues, that does not cause nervous system defects, unlike other forms of the hormone deficiency disease.

“Creating the mouse model helped clarify differences at the molecular level between the two types of the disease,” said Dr. Rhodes, principal investigator.

Mice that do not produce any LHX3 protein are stillborn, but by crafting a gene that produces a truncated form of the protein, the researchers produced a mouse model that closely resembles the disease among children with a similar genetic mutation.