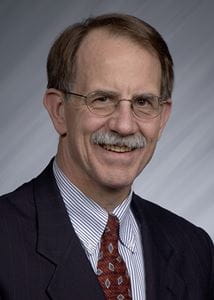 “We followed a large group of African Americans for 3 years and found an extremely strong correlation between diabetes and adverse neighborhood conditions. The study participants were between the ages of 49 and 65 years with no or limited mobility problems at the beginning of the study,” said study senior author Douglas K. Miller, M.D., Richard M. Fairbanks Professor in Aging Research at the Indiana University School of Medicine and a Regenstrief Institute research scientist.

The researchers knew that, as diabetics, these individuals were prone to develop lower-body functional limitations at a relatively young age. What they discovered was a double jeopardy situation.

Limitations encountered by the individuals with diabetes noted in the study include difficulty with daily functions such as walking a quarter mile (approximately three city blocks) or climbing up and down stairs. The strong link between adverse neighborhood conditions and reduced mobility existed even when the researchers adjusted for exercise, so lack of exercise did not account for the diminished abilities.

“It can be stressful living in these neighborhoods and psychological stress produces oxidative stress physiologically, which diabetics don’t tolerate well,” said Dr. Miller, who is an internist and associate director of the Indiana University Center for Aging Research. “This may be one of the reasons why living in adverse neighborhood conditions exacerbates the detrimental effects on lower body functioning associated with diabetes.”

Surprisingly, while the researchers found a strong link between residing in a neighborhood with adverse conditions and diabetes, they did not find a similar link for hypertension or arthritis, so the negative interaction with adverse neighborhood conditions appears to be specific to diabetes.

The research team from the Indiana University School of Medicine, Regenstrief Institute, Washington University in St. Louis and the universities of Florida and Iowa studied 563 men and women age 49 to 65 in St. Louis.

“African Americans have more disability than whites, and it’s even worse in inner-city areas with low socioeconomic status. People may live in urban neighborhoods with great people, wonderful churches and long civic histories, but excessive neighborhood noise and crumbling infrastructure are bad for health, especially for individuals with diabetes. We need to further study how the environment ‘gets under the skin’ so we can halt the interaction between diabetes and adverse living conditions that leads to decreased mobility,” said Dr. Miller.

The study was funded by the National Institute on Aging.