Seasonality of Child Abuse a Myth 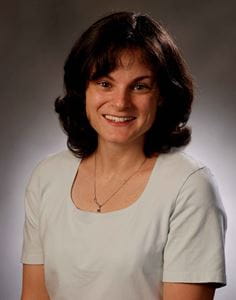 “The seasonality of child abuse is clearly a myth,” said Antoinette Laskey, M.D., M.P.H, associate professor of pediatrics at the Indiana University School of Medicine, who led the study.

“We looked at the statistics of fatalities related to child abuse in geographically disparate states to see whether or not there were any patterns and there were none. As we noted in our study, it is possible that the reason child abuse is believed to increase during the holidays is because an abused child seen on a memorable day like Christmas may be easier for a healthcare provider to recall because of the association with the holiday,” said Dr. Laskey, who is a Riley Hospital for Children physician.

The study is the first of its size to use death certificate data to explore the question of seasonality of child homicide. It appears in the July 2010 issue of The Journal of Pediatrics and is now available online.

Data from Indiana, Ohio, Missouri, Oklahoma and Washington were analyzed for seasonal effect in the years 1999-2006. Children were found to be equally at risk of homicide death during any month of the year. Two-thirds of the deaths were in children younger than two years old.

“Since there is no reason to believe that child abuse deaths occur at differing rates throughout the year, it is important to keep in mind that prevention should be a year round effort. The fact is common stressors on caregivers, like crying, toileting accidents and normal childhood behavioral issues such as temper tantrums happen all year long. We need to teach caregivers how to respond better to these issues,” said Dr. Laskey.

The IU School of Medicine, Riley Hospital and the Regenstrief Institute are located on the campus of Indiana University-Purdue University Indianapolis.