Numerous Factors Weighed When Patients Cannot Make Their Own Decisions 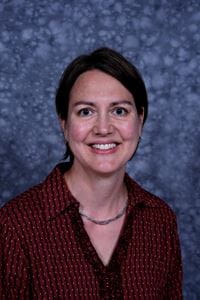 Researchers who queried 281 physicians report their conclusions in a study that appears in the March 2010 issue of the Journal of the American Geriatrics Society.

“A growing number of hospitalized adults are incapable of making their own health decisions,” said Alexia Torke, M.D., senior author of the study. “Doctors balance a lot of important considerations when caring for a patient who cannot voice his or her own preferences. These considerations include what the patient would have wanted and what the physician and family think is best for the patient overall. While prior discussions or living wills may be helpful especially in circumstances when the patient expressed strong beliefs and is facing a difficult illness, these preferences are only part of the equation.” Dr. Torke is an assistant professor of medicine at the Indiana University School of Medicine, a Regenstrief Institute investigator, and an IU Center for Aging Research scientist.

The study surveyed 281 internists, family practice doctors, intensive care unit physicians and hospitalists, about half of whom were in private practice. Slightly over half were male. Each was asked questions about caring for their most recent patient who was unable to make his or her own decisions and rated the importance of each of the factors that influenced decisions on how to care for the patient.

The researchers found that when asked to identify the single most important factor in making decisions for their patient, physicians most commonly reported “what was best for the patient overall” (33 percent), “what the patient would have wanted you to do” (29 percent), “the patient’s pain and suffering” (13 percent), and “the patient’s prognosis” (12 percent).

“Even though standard ethical models say that patient preferences should be the most important factor in surrogate decision making, in reality doctors consider many factors and weight them differently in each case,” said Dr. Torke.

“We have come to consensus in our society that people should have a lot of input into their own medical decisions. But when the patient can’t made decisions we have much less consensus on how to proceed. While physicians weigh various factors, we learned from our study that what’s going on at the time the treatment decision is being made is as important as previous medical directives. We did not find evidence that living wills or prior discussions with patients about their preferences for care made a difference in the decision making for most patients,” she said.

“We also found a decreased reliance on patient preferences with increasing age. This may reflect ageist assumptions that the preferences and values of older adults are less important than those of younger adults. Another possible explanation is that when caring for older adults, physicians may accept that death is an unavoidable event and that for many patients, health care in advanced age should focus more on quality of life than extension of life,” said Dr. Torke, who is also affiliated with the Fairbanks Center for Medical Ethics at Clarian Health.

In a study published last year in the Journal of General Internal Medicine, Dr. Torke and colleagues found that one in five of the same doctors surveyed for the new study are not comfortable working with a surrogate decision maker. The doctors reported ineffective communication, lack of satisfaction with the outcome of the decision, and an increase in stress level as a result of the surrogate decision making process.