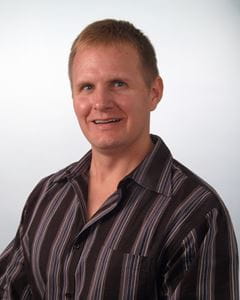 These findings from a large eight-year study are reported in the March 2010 issue of the American Journal of Medical Quality.

The authors are uncertain of the cause of the disparity in cataract surgery given that the vast majority of older veterans are enrolled in both Medicare and the VA health system, both government-funded systems.

“We don’t know yet what exactly accounts for the five and a half fold difference in surgery rates between the two systems. It may be related to how the two systems are funded by the government, it could be a difference between physician-driven decisions or it may be related to a lack of ophthalmologists within the VA system or it could be more than one of these factors,’ said first author Dustin French, Ph.D., Regenstrief Institute investigator and assistant professor of medicine at the Indiana University School of Medicine. Dr. French is a health economist who studies health outcomes.

VA physicians and hospitals do not have the same financial incentives to perform cataract surgery as physicians and medical facilities outside the VA system.

“The results of our study raise important questions about the possible existence of a two-tier, federally funded health-care system that may not be equivalent in terms of quality of care,” said Dr. French, who is also a research scientist with the Center of Excellence on Implementing Evidence Based Practice at the Richard A. Roudebush VA Medical Center.

The authors note that their findings provide ample reason to further investigate the determinants of cataract surgery rates. Nationwide, cataract surgery is the most common surgical procedure performed by ophthalmologists.

In addition to Dr. French, co-authors of “Cataract Surgery Among Veterans 65 Years and Older: Analysis of National Veterans Health Administration Databases” are Curtis E. Margo, M.D., MPH of the University of South Florida’s departments of ophthalmology and pathology; and Robert R. Campbell, J.D., MPH, Ph.D., of the Department of Veterans Affairs. The authors received no financial support for the research and authorship of the study.

The Regenstrief Institute and the IU School of Medicine are located on the Indiana University-Purdue University Indianapolis campus.