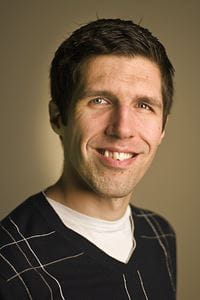 Duke was awarded the 2009 outstanding student award by AMIA for his development and evaluation of Rxplore, an innovative graphic visualization tool to help physicians pinpoint which drugs in a patient’s regimen might be causing particular adverse reactions. His work will be published in the Journal of Medical Bioinformatics in 2010.

“Physicians are able to retrieve accurate side-effect information significantly faster using Rxplore than when using traditional drug information resources and unanimously indicated that they preferred the visual presentation of the data,” said Duke.

An internist with a long time interest in the application of computers to medicine for practical purposes, he is also pursuing a master’s degree in human computer interaction at the IU School of Informatics. He received his M.D. degree from Harvard Medical School.

Klann was named an award finalist for his work focusing on presenting meaningful medical test and medication options to physicians.

To describe his research, Klann uses an online shopping analogy. “If you order a book on Amazon.com, the website suggests other books that you might be interested in based on what’s often purchased with it. What if physicians could do this when they ordered medical tests or considered what drug to prescribe for the patient? In this vein, I developed a computer tool to generate test order and medication suggestions based on a year of electronic hospital records.”

In addition to his medical informatics fellowship, Klann is also pursuing a doctoral degree in health informatics at the IU School of Informatics. He received his master’s degree in computer science from the Massachusetts Institute of Technology (MIT).