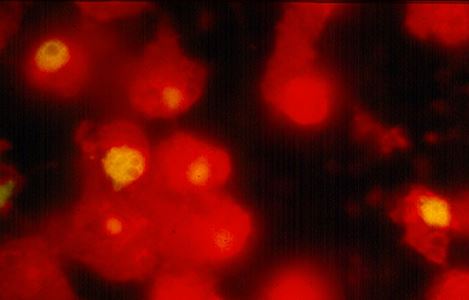 Eighty-four percent of repeated infections were reinfections. In spite of being so highly motivated that they kept diaries of their sexual encounters and interacted at least quarterly with the study staff, some of the young women had unprotected sex with either an untreated partner or a new partner and subsequent infection occurred. The researchers determined that 13 percent of repeated infections were due to failure of antibiotics to cure an earlier infection; considering all infections, antibiotic treatment was 92.1 percent effective.

“The rate of infection we found in the 365 Indianapolis girls we followed is similar to the rates reported by other researchers for girls in Denver and Baltimore, so it is likely that our important new findings on reinfection can be generalized to urban teenage girls in other cities,” said Byron E. Batteiger, M.D., professor of medicine at the IU School of Medicine, an infectious disease specialist who is the first author of the study.

The researchers obtained a biological sample from as many sex partners of the study participants as possible to determine if the boys were chlamydia infected. “We were able to test 22.6 percent of all the partners that the girls named in the study. We determined that 26.2 percent of the participating boys were infected – a very high level of infection in this pool of young men to whom young women in the study were exposed,” noted Dr. Batteiger.

Current national recommendations call for routine chlamydia screening of women based on age and history of sexual activity. There is no similar recommendation for screening young men.

“The high rate of reinfection we found in our study strongly suggests there may be some real limits on what we can do to control chlamydia without doing a better job of controlling chlamydia in young men,” said J. Dennis Fortenberry, M.D. M.S., professor of pediatrics at the IU School of Medicine, an adolescent medicine physician who is the senior author of the study.

“We also need to make sure that sexually active teens are aware of fact that unlike some other diseases, having chlamydia and being successfully treated for it does not give the individual immunity from reoccurrence,” said Dr. Fortenberry, who urges physicians to repeatedly screen adolescents for the disease.

Chlamydia is the most common bacterial sexually transmitted infection and is associated with an increased risk of pelvic inflammatory disease, ectopic pregnancy, tubal infertility, and increased susceptibility to human immunodeficiency virus infection. Chlamydia is more common in sexually active teens than in any other age group.

The IU School of Medicine is located on the Indiana University-Purdue University Indianapolis campus.