Lawrence Einhorn pioneered a treatment for testicular cancer. Today, he strives to ‘lessen the burden’ it puts on patients. 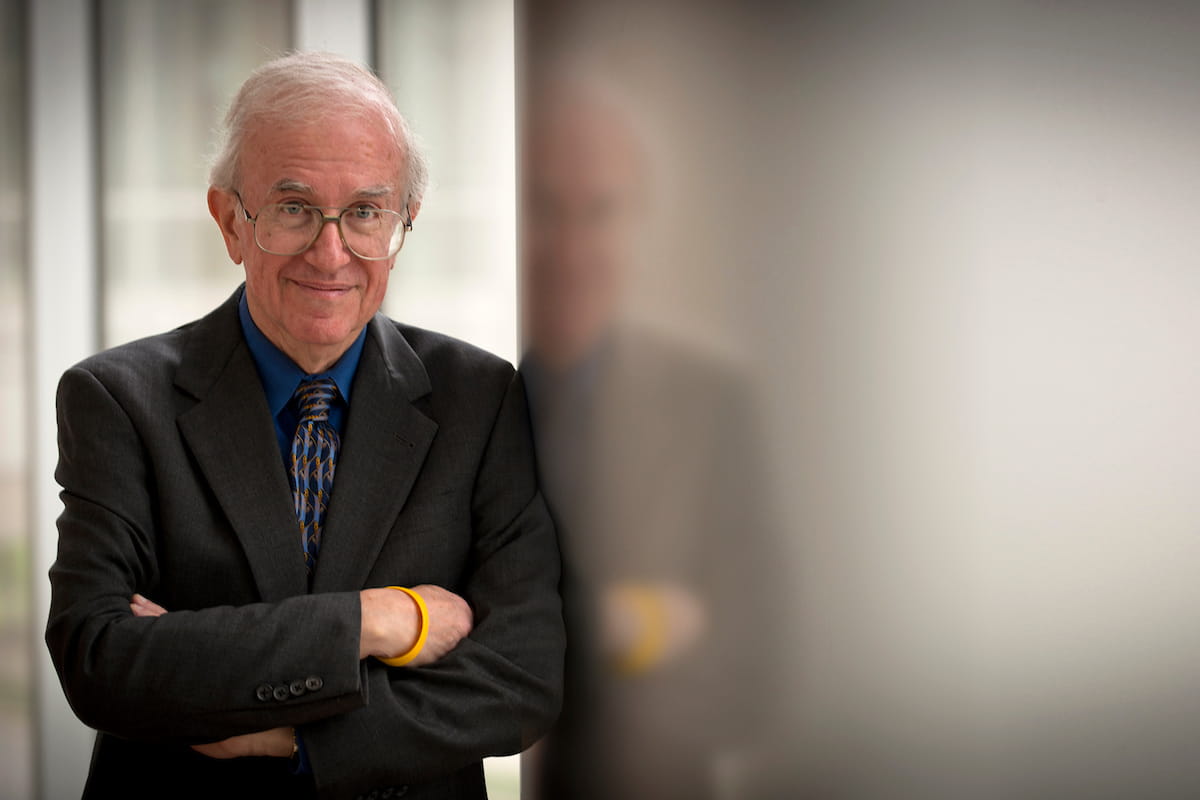 Lawrence Einhorn, MD, is renowned for developing the treatment regimen that elevated the survival rate to 95 percent.

WHEN LAWRENCE EINHORN, MD, came to IU School of Medicine in 1973, he was the institution’s first oncologist. At the time, oncology wasn’t a popular specialty. Too many patients simply couldn’t be cured.

“I did my fellowship at MD Anderson in developmental therapeutics. Standard therapy was relatively poor in most cancers; we were looking at new drugs and ways of approaching metastatic cancer,” Einhorn said. “I came to IU with that in mind.”

In the 1970s, patients with metastatic testis cancer—which spreads from the testicles to the lungs or other organs—had a mere 5 percent survival rate.

Cisplatin was an experimental chemotherapy drug deemed too toxic after the horrendous side effects it caused in early trials, Einhorn said. Still, the drug had shown an ability to kill cancer cells in some patients with testis cancer.

All told, cisplatin is now used in the initial treatment for 11 types of cancer. Einhorn gained further recognition when he successfully treated famed professional cyclist Lance Armstrong, who was diagnosed with advanced testicular cancer in 1996.

“He had such far advanced disease with brain metastases and masses in his lungs. He was able to overcome and perform on a world stage within an arduous sport,” Einhorn said. He is now the Livestrong Foundation Professor of Oncology at IU School of Medicine, an endowed position supported by Armstrong’s charitable foundation.

Einhorn, who turned 79 in September, is still teaching and practicing medicine. He has no plans to retire. His current research focus is on mitigating long-term effects of chemotherapy and reducing what’s known as the “burden of the cure.” He wants to help people live their healthiest lives after surviving cancer.

“They haven’t changed the lock on my door, so I keep coming to work every day,” Einhorn said. “There’s not a field in medicine that’s more rewarding than oncology.”

That’s reflected in the change in how students perceive the field.

“Now,” Einhorn said, “we get the best and brightest going into hematology and oncology.”