This headline is not OK! 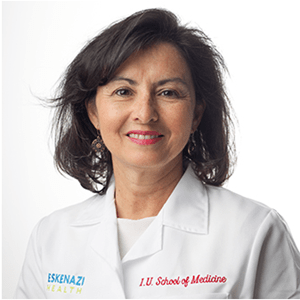 On Monday, the Royal Swedish Academy of Sciences announced three winners of the 2019 Nobel Memorial Prize in Economic Sciences: Abhijit Banerjee, Esther Duflo, and Michael Kremer. It is only the second time in history that a woman has been awarded this honor in economics, but when the Economic Times initially reported on the Nobel Prize winners, the headline read: “Indian-American MIT Professor Abhijit Banerjee and wife win the Nobel prize in economics.”

Makes it look as if she won for being his wife, not for the amazing work she did. The site has since been changed after many pushed back and the new headline reads “Abhijit Banerjee, Esther Duflo, Michael Kremer win 2019 Nobel Economics Prize for study on poverty”.

As a woman physician with many roles, it has been interesting over the years to see how others see me. As part of a two physician marriage with children, letters would come addressed to Dr. and Mrs. even when they knew we were both physicians. Or being introduced and having the person look only at my husband and ask “What kind of medicine do you practice?”

Even recently, one of my colleagues described a bedside discussion of a procedure with a patient when the patient looked past her to the male resident and wanted to know “What the real doctor thought.”

Recently, I did a story slam at the Medical Women’s International meeting discussing various “microaggressions” the new term for intentional or unintentional put downs. Being told my arms were “too skinny to hold a retractor” or ” you cannot be a good mother and a doctor” or one of too many comments, I decided that these kind of situations either tear you down or you use them to step up to higher ground. I prefer now to be proactive and address inequities as they appear and challenge the status quo.

We are what physicians look like and what leaders look like. Call out the inequities, say plainly and directly ” I am in charge” and put forth our women colleagues when positions of leadership become available.

We are all in this together! Congratulations to the winners of the Nobel Prize and may we not have to wait another 100 years for another woman to win!