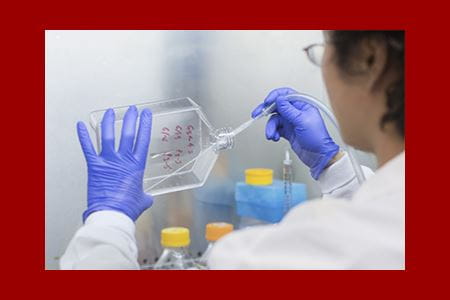 Ischemia is a problem where a part of of the body, like regions of the heart or brain, isn't receiving enough blood. It’s caused by an obstruction of blood flow that can be caused by a clot, embolus, vascular diseases or the constriction of an artery. Ischemia can occur when the artery wall gradually thickens over time, resulting in a smaller area for blood flow. Bodily trauma can also restrict blood flow within arteries.

A new study has been reported by Indiana University School of Medicine’s Meijing Wang, MD, an associate research professor of surgery in collaboration with Chandan K. Sen, PhD, director of the Indiana Center for Regenerative Medicine & Engineering. The study, reported in Basic Research in Cardiology, found that not only female sex hormones help recover from heart attack in females but that they may be used in males to improve recovery. Wang aims to understand the role that sex hormones play in male cardio injuries, including myocardial ischemia.

Specifically, myocardial ischemia occurs when blood flow to the heart muscle is obstructed by a partial or complete blockage of a coronary artery by a buildup of plaques, potentially leading to a heart attack.

“I became focused on this current study because although significant advancements have occurred in current therapies of myocardial ischemia, myocardial ischemia remains one of the leading causes of death in developed countries in both men and women,” said Wang.

Wang explained that she focused on exploring the mechanism of sex hormones in these types of injuries because she noticed that, in a clinical setting, females tend to recover faster and more often from  myocardial ischemia. She thought that understanding the underlying mechanisms would help leverage the knowledge to develop novel therapeutic options. “Experimental studies from our group and others have indicated that a female rodent’s heart exhibited a better cardiac recovery than male hearts following acute ischemia or perfusion,” said Wang. “This effect can be attributed to estrogen, and it’s why we made it the focus of this study.”

What set this report apart was the strategic decision to introduce and observe the effects of estrogen after heart attack already happened. Wang explained that in other research and studies her team only looked at the preventive usage of estrogen.

“What we saw in our study was that estrogen protected mitochondria performance in cardiomyocytes against ischemia perfusion, and this treatment significantly improved the functional recovery of the heart as well as reduced impact to size in both male and female mice,” said Wang.

“Sex as a biological variable is of great emphasis in today's biomedical research, and this work from the Wang lab in collaboration with our laboratory, found that female mice were much more resistant to a heart attack-related injury of the heart muscle than male mice,” said Chandan K. Sen, PhD, the J. Stanley Battersby Chair and Distinguished Professor of Indiana University.

“I believe this could be a very important foundation to future developments, both in bench, as well as translational and clinical research in this direction. I congratulate Dr. Wang for this important contribution.”